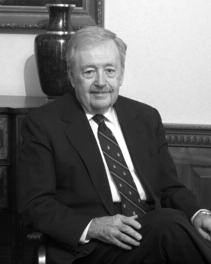 Emil W. Wald was born August 22, 1934, in Columbia, SC, to parents Emil W. Wald and Caro Scott Wald. After graduating from Columbia High School and the University of South Carolina, he served as an officer with the U.S. Air Force in Korea and then was employed by Esso Research and Engineering Company. While there, he was awarded a patent for a new iron ore upgrading process.

Wald returned to school and received his law degree from the University of South Carolina School of Law in 1968. While there, he excelled and was editor-in-chief of the S.C. Law Review. In 1974, he became a shareholder in the law firm of Spencer & Spencer, P.A. and served as the city attorney for Rock Hill for many years.

Wald served on many boards and commissions including his service as chair of the S.C. Consumer Affairs Commission, board of governors of the S.C. Bar and S.C. Supreme Court Commission on Grievances and Discipline. He focused on mentoring young attorneys with his firm. During his early retirement he enjoyed world travel with friends. He was a member of First Baptist Church in Rock Hill.