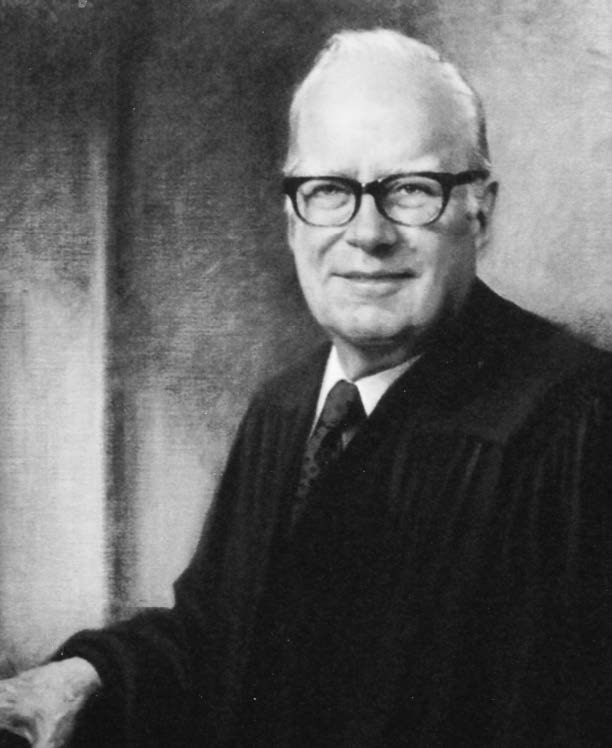 The Hon. Walter J. Bristow Jr. was born October 14, 1924, in Columbia, SC, to parents Dr. Walter J. Bristow Sr. and Caroline B. Melton Bristow. He was enrolled at Virginia Military Institute from 1941 to 1943, when he, with his entire class, entered active duty in the U.S. Army. He served in the European Theater of World War II, as a platoon sergeant of Battery B, 292nd Field Artillery Observation Battalion, receiving stars for the battles of Central Europe and Rhineland. He was decorated with the U.S. Meritorious Service Medal. Pertinent to his experiences in Germany during the war, he was appointed to the S.C. Council on the Holocaust in 1994 and served continuously until his death.

Judge Bristow’s legislative service began in 1956 with election to the S.C. House. He was subsequently elected to the state Senate in 1958 and served with distinction for 18 years. As Richland County’s senator, he promoted regional and state commerce through his sponsorship of legislation to establish Midlands Technical College, Columbia Metropolitan Airport and Interstate 77. He furthered cultural enrichment in the Midlands through his sponsorship of legislation to establish the Historic Columbia Foundation, S.C. State Museum, S.C. Arts Commission and Riverbanks Zoo. Institutions and organizations vital to the health and well-being of those he served, including Richland Memorial Hospital, Family Court System, S.C. Board of Medical Examiners and the S.C. Commission for the Blind, were established through his efforts.

His extensive involvement with insurance legislation during his tenure in the S.C. Senate led to his election as national president of the Conference of Insurance Legislators from 1974 to 1975. The first ever Order of the Cypress was presented by Friends of the Congaree Swamp to former Senator Bristow in 1999. The award recognized his aggressive defense for preservation of the swamp during the Senate debate of April 1976, as he filibustered for three days with courage and conviction.

He was a highly respected attorney in private practice and was a founding partner in the law firm of Marchant, Bristow and Bates in Columbia. Judge Bristow was elected judge of the Fifth Judicial Circuit in 1976. Although retired in 1988, he continued to serve as a visiting judge, eventually holding court in every county of the state. For his lifelong commitment to the state, as an attorney, a legislator and a judge, he was presented South Carolina’s highest honor, the Order of the Palmetto.

Judge Bristow served as an ex-officio member of the board of visitors of The Citadel; commander of the Columbia chapter of the Military Order of World Wars; secretary treasurer and vice president of the S.C. Bar; member of the American Bar Association and Federal Bar Association; worthy master of Alpha Tau Omega social fraternity; deacon of First Presbyterian Church; Scoutmaster of Troop 15 of First Presbyterian Church; National Associate of Boys’ Clubs of America; American Legion; and the Wig and Robe honorary society.

He was a member of numerous clubs, including the Columbia Cotillion Club, Columbia Sertoma Club, Forest Lake Club, The Columbia Ball, The Palmetto Club, The Quadrille Club and the Flamenco Club. He was also a member of Eastminster Presbyterian Church.