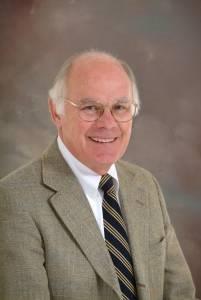 David A. Merline Sr. was born February 22, 1934, in Philadelphia, PA, to parents Alfred J. Merline and Marguerite Arrison Merline. He attended the University of South Carolina on a Naval ROTC scholarship and graduated in 1956 with a bachelor’s degree in mathematics. Dave joined the Marines in 1956 and achieved the rank of Captain. Following his military service, he attended the USC School of Law, from which he received an LL.B. degree in 1962. While in law school, he was a member of the Order of Wig and Robe and served as editor-in-chief of the S.C. Law Quarterly.

Dave founded the law firm now known as Merline and Meacham in 1970. During his professional career, he was a certified specialist in both tax law and estate planning and probate law by the S.C. Supreme Court. Dave was a fellow of the American College of Trust and Estate Counsel and the American College of Tax Counsel. He was selected by his peers as president of the SC Bar, 1996–1997, during which time he founded the Diversity Task Force Initiative, encouraging women, minorities and young lawyers to take a more active role in the Bar.

He was recognized annually in The Best Lawyers in America from the inception of the publication in 1983 through his retirement. He received the DuRant Distinguished Public Service Award from the SC Bar Foundation and was also a recipient of the Tommy Thomason Award given by the Greenville County Bar Association. The Tommy Thomason Award, named after Dave’s long-time tennis colleague, recognizes those lawyers of integrity and collegiality who have made unique contributions to the Greenville County Bar Association. He served as a past president of the Rotary Club of Greenville and a Paul Harris Fellow.

He joined St. Mary’s Catholic Church upon moving his family to Greenville, SC, in August 1968, where he was a steadfast member for almost half a century. When not practicing law, he was playing tennis, spending time reading and listening to jazz, and walking on the beach at Seabrook Island.