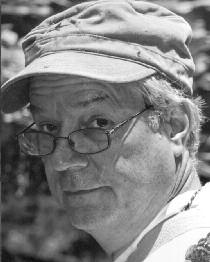 John F. Hardaway was born April 14, 1951, in Florence, S.C., to parents Dan Hardaway and Evelyna Kvaternik Hardaway. After obtaining his Bachelor of Arts degree from Wofford College in 1973, he studied law at the University of South Carolina School of Law, graduating with a Juris Doctorate degree in 1975.

As a solo practitioner, he handled a wide variety of civil and criminal cases in both state and federal courts. He frequently represented claimants before the S.C. Workers’ Compensation Commission and handled social security disability claims. He left private practice and served as an assistant federal public defender. Hardaway was certified by the S.C. Supreme Court to represent clients facing the death penalty, frequently representing death row inmates for little or no compensation. He also represented the Richland County Republican Party in Voters’ Rights Litigation before a special three–judge federal panel.

Hardaway was a man of many interests. He served as a scoutmaster of Trinity Episcopal Cathedral Troop 14. He was an avid student of nature, an accomplished amateur botanist and lepidopterist. Friends described him as a true renaissance man. He was a beekeeper, a member of the S.C. Native Plant Society, Sierra Club, Nature Conservancy, S.C. Association of Naturalists, Carolina Bird Club, Friends of the Congaree and the Carolina Butterfly Society. Most important in his life was the love of his family. His greatest joy came from spending time with his children. Together they enjoyed reading, talking and nature walks, which created a wonderful balance to the humor for which he was famous.