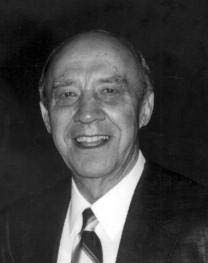 Henry Hammer was born October 10, 1910, in Passaic, New Jersey, to parents Fannie Hammer and Hyman Hammer. He graduated from Fordham University in 1932 where he received his law degree and was on the dean’s list.

The S.C. Senate passed a resolution recognizing him for his extraordinary career in pursuit of justice and for his tireless commitment to his family, faith and community. He was honored by the Richland County Bar Association and the South Carolina Association for Justice for his distinguished service.