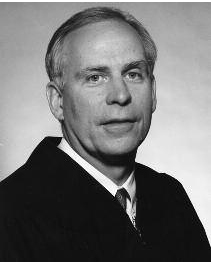 The Hon. Jamie L. Murdock, Jr. was born November 6, 1952, in Augusta, GA, to parents Jamie L. Murdock and Louise Able Murdock. He received his B.S. degree in business administration from Presbyterian College in 1975 and in 1983 earned his Juris Doctorate from the University of South Carolina School of Law. In 1983, he moved to Hartsville, SC, to begin the private practice of law. While practicing law, he served for six and a half years as the municipal judge in Hartsville and for three and a half years in Timmonsville.

In 1992, he was elected state family court judge for the Fourth Judicial Circuit, serving his fourth term at the time of his death. He was a member of the S.C. Bar, S.C. Association for Justice and Darlington County Bar Association, for which he was former president. He was also a member of the Mid–Carolina Field Trial Club, Byerly Hospital Board, Chamber of Commerce Board, board of visitors for both Presbyterian College and Coker College, Lions Club, where he was former president, and the St. Luke United Methodist Church, where he served as a Sunday school teacher.