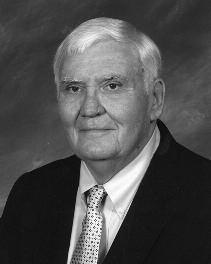 Richardson began his career in 1960 with the law firm of Whaley and McCutchen. In 1972, he founded Richardson Plowden Law Firm (now Richardson Plowden & Robinson, P.A.). He continued to be of counsel until 1999. Highlights of his legal career included being one of the first attorneys in South Carolina devoted to the defense of physicians and hospitals in medical malpractice actions across the state. He was a guest speaker at the invitation of medical societies across the state on topics regarding various medical liability and its defense. He was recognized in the listing of Best Lawyers in America and co-authored numerous articles for publication.

Richardson held bar memberships in the S.C. Supreme Court, S.C. Court of Appeals, U.S. District Court for the District of S.C., U.S. Supreme Court, Richland County Bar Association, S.C. Bar and the Fourth Circuit Judicial Conference. He was a member of the International Association of Defense Counsel, for which he also served as a faculty member. He was a member and chair of the S.C. Board of Commissioners on Grievances and Discipline and was elected to the Medical University of South Carolina Board of Visitors.

Richardson was a member of Trinity Cathedral, Forest Lake Club, The Camellia Ball, Pawleys Island Yacht Club, Chevaliers du Tastevin and numerous other social organizations. He enjoyed his affiliation with friends in numerous wine clubs and was a generous supporter of many community organizations. He was known by many as “Pop” and happily supported the activities of his grandchildren. Upon his retirement, he enjoyed visiting Pawley’s Island, SC.