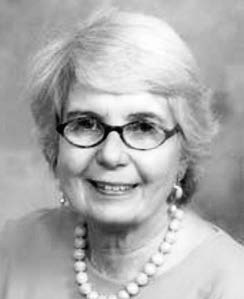 Angela Roddey Holder was born March 13, 1938, in Rock Hill, SC, to parents John T. Roddey Jr. and Angela Fisher Roddey. She received her B.A. from H. Sophie Newcomb Memorial College of Tulane University and her LL.B from Tulane Law School in 1960. In 1975, she received her LL.M from Yale Law School. She also attended the National Cathedral School for Girls, Winthrop Training School, Radcliffe College and Kings College in London, the latter because she was too young to enter Tulane Law School at the time.

Upon her admission to the SC Bar in 1960, at 22 years of age, she joined the law firm founded by her father, Roddey, Sumwalt & Carpenter, later known as Roddey, Carpenter & White, in Rock Hill. At the time, she was the only woman attorney in York County. Holder also worked in the Criminal Division of the New Orleans Legal Aid Bureau. From 1962 to 1965, she was counsel to York County Family Court. From 1964 to 1974, she was Assistant Professor of Political Science at Winthrop College. After receiving her Masters in Law at Yale, she served as executive director of the Program in Law, Science and Medicine at Yale Law School from 1975 to 1977. From 1977 to 2001, she was Clinical Professor of Pediatrics (Law), Yale University School of Medicine. From 1977 to 1989, she simultaneously served as counsel for Medico-Legal Affairs, Yale-New Haven Hospital. In 1988, the graduating medical class selected her to be its commencement speaker. From 2001 until her retirement in 2007, she was professor of the Practice of Medical Ethics and Humanities in the Trent Center for Bioethics, Humanities and History of Medicine at Duke University Medical Center.

Holder was a member of the S.C. Bar, Louisiana State Bar Association and the Connecticut Bar Association and served as an officer in numerous professional organizations concerned with law and medicine. She was also a member of the Children’s Defense Fund, American Society of Law and Medicine, Educational Commission for Foreign Medical Graduates and served as a consultant to the White House Task Force on Health Care Reform in 1993.

She was a columnist for the Journal of the American Medical Association and PRISM, a professional journal on law and medicine. She was the author of over 170 articles and published four books. The first, The Meaning of the Constitution, written while teaching at Winthrop, was used extensively in classrooms around the country. In one of her first books dealing with the intersection of law and medicine, Medical Malpractice Law, Holder noted “I have written this book in the hope that both physicians and attorneys will recognize and respect the essential humanity of all those they serve. People turn to our two great and learned professions in the most frightening moments of their lives. Let us never forget our licenses to practice are given to us in trust; we must serve people and serve them well.”

In a tribute to her, the Journal of Law, Medicine and Ethics described her as a “leader in health law and assisted in its birth.” During her life, she advocated for vulnerable patients, like the terminally ill and children, and sought to sort out the quagmire of medical-legal ethics and bioethics.