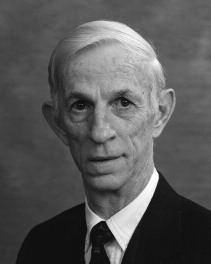 During his years in practice, he was associated with many outstanding attorneys and public officials, including C. Heyward Belser, a former chairman of the Judiciary Committee of the S.C. House of Representatives; Alexander M. Sanders Jr., former chief judge of the S.C. Court of Appeals and later president of the College of Charleston; and Jean Hoefer Toal, Chief Justice of the S.C. Supreme Court. Each of these lawyers and countless others relied on his intellect, experience and probing questions to sharpen their arguments and polish their presentations.

Baker was a legal scholar in addition to being a highly regarded practitioner, having been associate editor of the S.C. Law Quarterly; a member of the law school honor organization, Order of the Wig and Robe; and a collections advisor to the S.C. Supreme Court Library. He contributed a chapter on Actions in S.C. Jurisprudence. He was admitted to practice before the U.S. Supreme Court and S.C. Supreme Court as well as the U.S. District Court for the District of S.C. and the U.S. Court of Appeals for the Fourth and Fifth Circuits.

Proving that one can have a life in addition to the law, he appeared on stage regularly in Town Theatre productions and sang in the Columbia Choral Society. He served on the board of governors for the Columbia Stage Society and the Columbia Music Festival Association, as president of the Evening Music Club, life member of the Columbia Drama Club, member of the Carolina Jazz Society and a Centurion of the University of South Carolina. He was a member of St. Joseph Catholic Church and sang in its choir for more than 50 years.