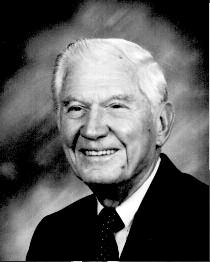 In 1966, Patterson took office as the state treasurer and served in this capacity for 36 years. Some of Patterson’s significant financial reforms included the establishment of a reserve fund to cover budget shortfalls, an annual debt limit, a constitutional amendment to balance the state’s budget, the 1999 School Bond Bill and the Future Scholar college savings program. He was a national expert in the field of tax-free municipal bonds, testifying before Congress and arguing before the U.S. Supreme Court.

Patterson served as president of the National Association of State Auditors, Comptrollers and Treasurers (NASACT), as chair of the NASACT’s Tax Exempt Bond Committee and on the executive board of the Government Finance Officers Association of the U.S. and Canada. In 1999, he was presented with the NASACT President’s Award. Patterson was awarded the S.C. Association of Counties Distinguished Award in 2000.

Patterson was a member of the S.C. Bar, Richland County Bar Association, America Legion Post No. 6 in Columbia and the Hejaz Shrine Temple of Columbia. He was a member of Shandon Presbyterian Church, where he served as a deacon, an elder and a trustee. He served in leadership roles in various charitable organizations.