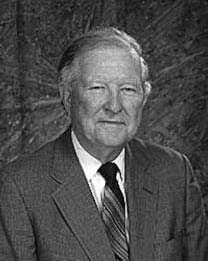 Governor Robert E. McNair, the only child of Claudia Crawford McNair and Daniel Evander McNair, was born December 14, 1923, in Cades, South Carolina. He graduated from Macedonia High School and attended Clemson College for one semester before enrolling at the University of South Carolina. His education was interrupted by World War II. Enlisting in the U.S. Navy, he served for four years in the Pacific Theatre of Operations. He was awarded the Bronze Star Medal for meritorious service in connection with operations against the enemy while serving as the Commanding Officer of LCT 1072 in Leyte Gulf as part of the Asiatic-Pacific Campaign. After his tour of duty, he returned to the University of South Carolina where he earned both his Bachelor of Arts (1947) and Bachelor of Laws (1948) degrees.

He began his practice of law in Moncks Corner before moving to Allendale in 1949. He was elected as a member of the S.C. House of Representatives from Allendale County in 1951. While a member of the House, he served as chair of the Labor Commerce and Industry Committee from 1953 to 1955 and chair of the Judiciary Committee from 1955 to 1962. He was elected Lieutenant Governor of South Carolina in 1962 and served until he succeeded Donald S. Russell as Governor of South Carolina in 1965. In 1966, he was reelected to a full term as governor serving, at that time, an unprecedented six years in that office. In January of 1971 Governor McNair established the law firm of McNair, Konduros & Corley in Columbia, which is now McNair Law Firm, PA with eight offices in South Carolina and one in North Carolina and over 130 attorneys.