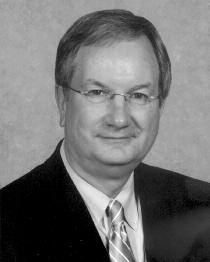 The Honorable James W. Johnson, Jr. was born August 16, 1951, in Clinton, S.C., to parents James W. Johnson, Sr. and Grace Nickles Johnson. Judge Johnson graduated from Clinton High School in 1969. He received his Bachelor of Science degree in Business Administration from the University of South Carolina in 1973 and his Juris Doctorate from the University of South Carolina School of Law in 1976.

In 1976, he began working in the S.C. Attorney General’s office. In 1981, he moved to Clinton and began private practice. He was elected into the S.C. House of Representatives, serving from 1984 through 1992. In 1992, he was elected as the Resident Circuit Judge for the Eighth Judicial Circuit of S.C. He served as chair of the Commission on Judicial Conduct, S.C. Circuit Court Judges Association and Circuit Judges Advisory Committee. He also served on the Judicial Council of S.C.

Judge Johnson was a member of the First Presbyterian Church of Clinton, where he served as an active elder, a youth advisor and chair of various committees. In the community, he held leadership positions in a variety of organizations. He served on the board of directors of the United Way of Laurens County and was a board member of the Clinton Family YMCA and a member of the Board of Visitors of Piedmont Technical College.