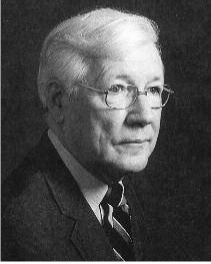 In 1942, he was inducted into the U.S. Army as a private and commissioned a Second Lieutenant, Infantry, at Ft. Benning Officer’s Candidate School on December 24, 1942. Buckley served with the 77th Infantry Division 307 Infantry Regiment through the invasions of Guam, Leyte and Okinawa and was wounded at Leyte and Okinawa. He was awarded the Combat Infantry Badge, Bronze Star with “V” with a cluster and the Purple Heart with a cluster. In 1945, he was transferred to the U.S. Army Reserve and retired in 1968 as Lieutenant Colonel. At the conclusion of World War II, he attended the University of Michigan Law School under the G.I. Bill and graduated in 1948.

Buckley returned to Charleston to practice law with the firm of Cosgrove and Bailey. In 1949, upon the death of John I. Cosgrove, Buckley and Frank H. Bailey formed the law firm of Bailey and Buckley, practicing for many years at The Pink House in downtown Charleston, where he remained a partner until his retirement in 1993.

Buckley was a member of the Charleston County Bar Association, South Carolina Bar, American Bar Association, South Carolina Trial Lawyers Association and the South Carolina Defense Trial Attorneys Association. He was a permanent member of the Fourth U.S. Court of Appeals Judicial Conference. He served as the first general counsel for the Charleston County Aviation Authority from 1970 to 1992 and was township counsel for the Town of Sullivan’s Island, where he was instrumental in assisting the citizens of Sullivan’s Island to attain independent township status.