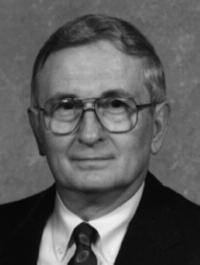 Roy D. Bates was born June 7, 1933, in Ridgeville, SC, to parents Beatrice Tucker Bates and Emmett C. Bates. He graduated from Denmark High School, where he was president of the student body and class valedictorian. He was also an Eagle Scout.

Bates earned a B.S. degree in electrical engineering from the University of South Carolina and was a member of Epsilon Lambda Sigma engineering honor society. As a commissioned officer in the U.S. Navy, he served on active duty in the Atlantic Mine Force. In 1960, he received a law degree from USC School of Law, where he was editor of the law review and an officer in Phi Alpha Delta law fraternity.

Bates pursued his legal career with the firm of Marchant, Bristow and Bates and actively practiced law for more than 45 years. He was the city attorney for Columbia for 23 years. He assisted in drafting Home Rule statutes for municipalities and served as special and corporate counsel to the S.C. Municipal Attorneys Association for more than 30 years. His duties included providing legal opinions on municipal issues and participation in preparation of manuals on eminent domain, forms of government, business licenses, elections, annexation, planning and zoning, and parliamentary procedure for reference and training municipal employees and elected officials. He argued or filed briefs in numerous cases before the S.C. Supreme Court and testified before congressional and legislative committees on pending legislation affecting municipalities. Bates will long be remembered by attorneys representing municipalities as one who shared his knowledge unstintingly and graciously.

He was an active member of Eastminster Presbyterian Church, where he served as a Sunday school teacher for the Frank Harden Class. He formerly served as moderator and chair of the board of deacons and personnel committee at North Trenholm Baptist Church.