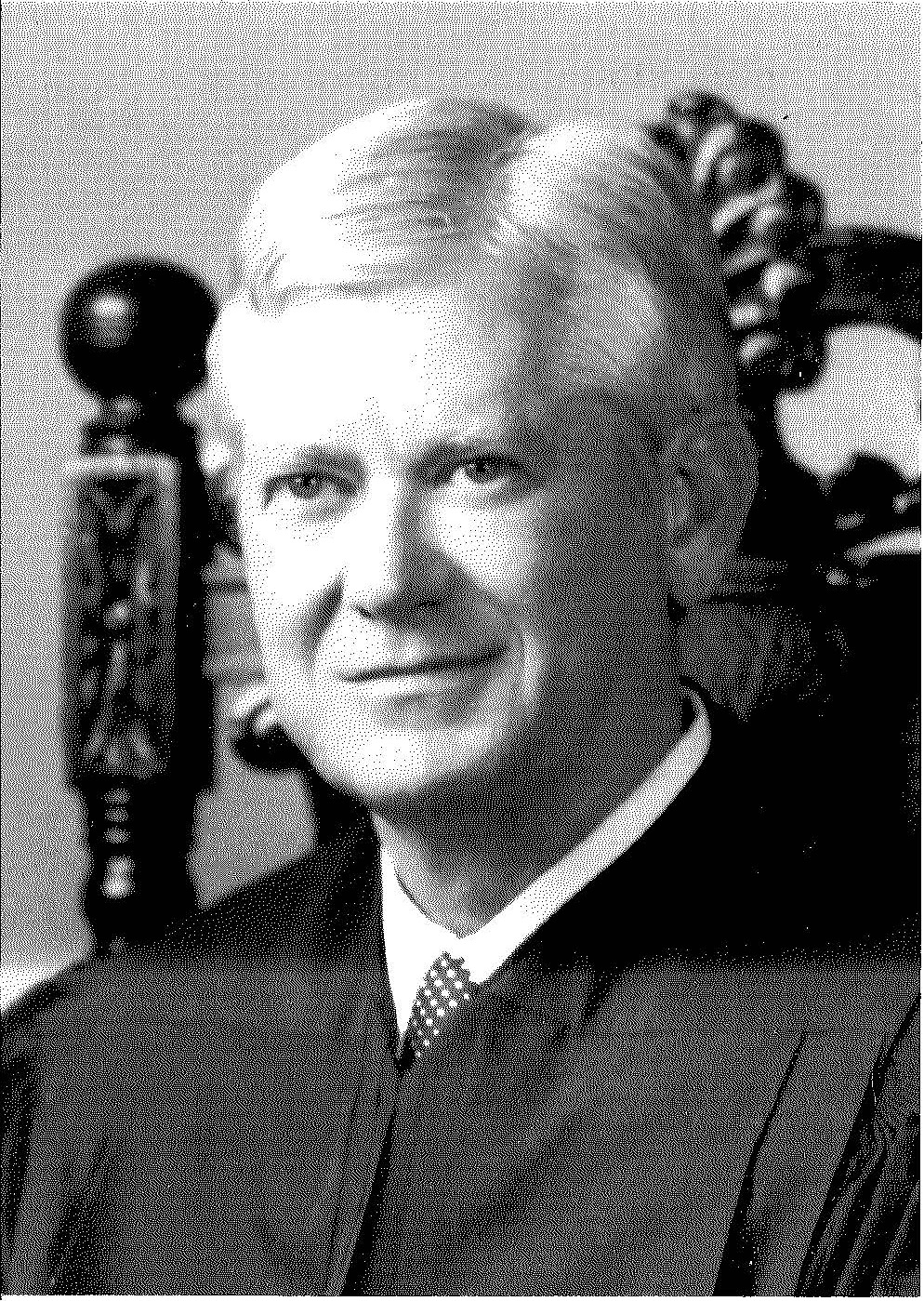 Justice A. Lee Chandler was born on December 16,1922, in Orangeburg, SC, to parents William E. Chandler and Ella R. Dukes Chandler. He was a member of the 1944 class at The Citadel. That class had to give up its senior year to be inducted into the U.S. Army.They became known as “The Class That Never Was.” Thirty-four members of the class died during World War II. Chandler received the Purple Heart and Bronze Star.

Justice Chandler attended George Washington University, the USC School of Law and the Vocation Diaconate School of the Diocese of S.C. He was ordained as a deacon of the Episcopal Church in 1999 and received an Honorary Doctorate of Law degree from The Citadel in 1994.

In 1953, he moved to Darlington, where he practiced as a trial attorney. He was elected to the S.C. House of Representatives in 1972 and was appointed as circuit court judge in 1976, where he became resident judge for the Fourth Judicial Circuit until he was elected to the S.C. Supreme Court. After his retirement from the Court, he served as co-chair of the S.C. Supreme Court’s pilot program on Alternative Dispute Resolution.

He was a member of the S.C. Trial Lawyers Association, was named Most Outstanding Member in 1974 and was the association’s Portrait Honoree in 1983. In 1976, he was recognized as the Professional of the Year by the Darlington Chamber of Commerce. He was a member of the S.C. Bar and received the Bar Foundation’s Durant Distinguished Public Service Award in 1998. He was active in The Citadel’s Inn of Court program and served as its Chief Bencher.

He was the first chairman of the Darlington County Development Board, and in 2001 the board’s building was named in his honor. He served as chairman of the Florence-Darlington Technical College Board and charter member of the State ETV Commission. He received the Order of the Palmetto in 2002.

Following his retirement from the judiciary, Chandler served as deacon at St. Matthews Church in Darlington and St. Andrews Church in Mt. Pleasant. He was active in many aspects of church life, serving as Sunday school teacher, Episcopal Young Churchmen Sponsor, Men’s Club President, Vestry, junior and senior warden. He was co-founder and longtime member of the Darlington Rotary Club, serving as its second president. He was president of the Darlington Country Club and St. John’s High School Booster Club.