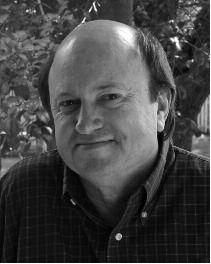 Chandler graduated in 1972 from Davidson College with a B.A. in Economics and received his Master’s in Business Administration from the University of South Carolina in 1973. He received his law degree from the University of South Carolina in 1977. For 23 years, Jimmy dedicated his life and work to fight for the greater good by protecting the natural resources of South Carolina. In 1987, he founded the S.C. Environmental Law Project (S.C.E.L.P.) to meet the growing demand for legal services for other environmental groups seeking to fully participate in the decision making process.

Chandler was a member of the S.C. Bar; U.S. District Court for the District of S.C.; Georgetown County Planning Commission, where he served as vice chair from 1993 to 1997; Council on Coastal Futures; Marsh Island Advisory Commission; Sierra Club, S.C. Coastal Conservation League; and the League of Women Voters.

Chandler was fully dedicated to his family, his passion for the protection of the environment and his participation in a local band. He enjoyed boating, fishing and tennis.