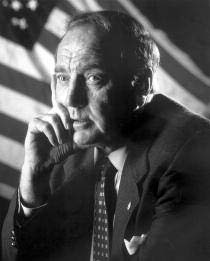 Harry S. Dent was born on February 21, 1930, in St. Matthews, South Carolina, to parents Sallie Prickett Dent and Hampton N. Dent. He was a graduate of Presbyterian College, George Washington School of Law, Georgetown University School of Law and Columbia International University. He was a veteran of the Korean War, having served as a First Lieutenant in the Army. He held honorary doctorates from Charleston Southern University and Presbyterian College.

Dent worked as an aide to U.S. Senator J. Strom Thurmond for 11 years and to President Richard M. Nixon for four years. He also served Presidents Gerald R. Ford and George H.W. Bush. He was a former chair of the Republican Party in South Carolina and a practicing attorney.

Dent founded Laity: Alive and Serving, a ministry that took him across the United States and many countries across the world. He was awarded an honorary citizenship from the country of Romania for his work in Cluj, Romania. He received the Order of the Palmetto from Gov. Jim Edwards and Gov. David Beasley, the Good Shepherd Award from the Boy Scouts of America, Golden Palmetto Father-Son Eagle Scout of the Year Award, the Salt and Light Award from the Southern Baptist Convention and the Alumni of the Year Award from Columbia International University. Dent was the author of several news columns and wrote five books.

Dent was the first director of the Billy Graham Lay Center in Asheville, North Carolina, chair of the 1987 Billy Graham Crusade in Columbia and vice chair of the 1996 Carolinas Billy Graham Crusade in Charlotte, North Carolina. He also served as a trustee of Southern Seminary and Charleston Southern University and a member of the executive committee of the Southern Baptist Convention. A room in the Manor House at the Southeastern Seminary was named after him for his work in lay ministry. He was a member of the First Baptist Church of Columbia.