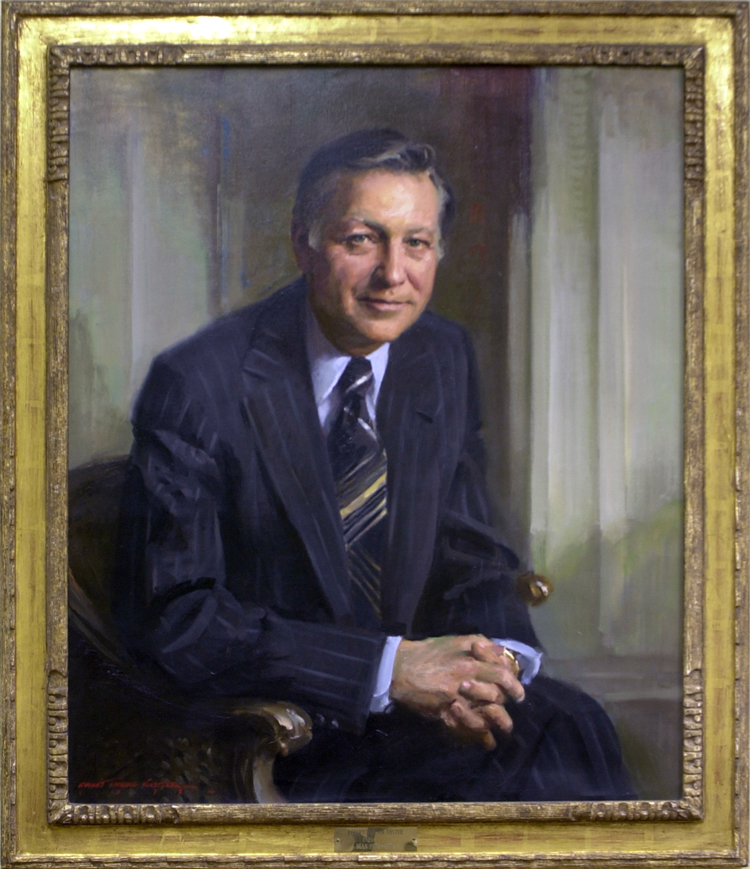 Robert W. Foster Sr. was born September 24, 1926, in Charleston, SC, to parents Thomas R. Foster and Pamela Watson Foster. In 1945, he was appointed to the U.S. Merchant Marine Academy and went to sea at the end of World War II as Cadet Midshipman. He received his B.S. from the U.S. Merchant Marine Academy in 1948. Bob received his LL.B. from the USC School of Law in 1950, where he served as associate editor-in-chief for the USC Law Review. He earned a Master of Law degree from Duke University in 1951 and was a Ford Foundation Fellow at Yale University School of Law from 1959 to 1960.

Bob served America with distinction as an Officer in the U.S. Navy during the Korean War and continued serving as a legal Officer in the U.S. Navy Judge Advocate General’s Corps until his retirement in 1986, at the rank of Captain. He began his legal career as a professor of law at the University of Louisville from 1951 to 1962. He then returned to South Carolina to serve as a professor of law at USC from 1962 until his retirement in 1991. While at USC Law School, he served as the dean from 1970 to 1976. In addition, he was an American College of Trial Lawyers Emeritus Professor, Strom Thurmond Chair Professor and was awarded the title Dean Emeritus and Distinguished Professor Emeritus by the Board of Trustees concurrent with his retirement in 1991. He received the Order of the Palmetto from Gov. Carroll A. Campbell in 1991.

Bob had numerous scholarly publications throughout his law school career in the areas of Uniform Commercial Code, Bankruptcy, Commercial Transactions, Uniform Consumer Credit Code and Arbitration. He was awarded the Distinguished Whitney North Seymour Sr. Award from the American Arbitration Association in 1979 in recognition of his national contributions to the responsible use of arbitration as a means of dispute resolution. Bob has served as the official reporter for the S.C. Legislative Committee and Judicial Council on the Uniform Commercial Code enacted in S.C., 1964 to 1966, with explanatory comments published in the S.C. Code of Laws. He also served as the Reporter for the Uniform Consumer Credit Code, S.C. Judicial Council, 1969 to 1971.

Bob was an active member of multiple senior groups at Trinity Cathedral. He was also very active in the Trinity Episcopal Camp, Camp Kanuga. He spent many summers as a youth at Camp Kanuga in Hendersonville, NC, and considered it a sacred place. He supported Kanuga in many ways, sponsoring countless young children to “Camp Bob” during the summer months. He created an educational garden at Kanuga for all to learn the wonders of the natural world. He continued his environmental passion as an advocate for the Coastal Conservation League and strongly supported the Nature Conservancy of S.C. Bob was a dedicated member of the Columbia Drama Club, an organization dedicated to the promotion of theater in Columbia.