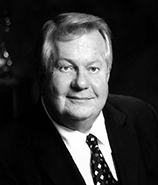 From 1952 to 1955, he served as a First Lieutenant in the U.S. Army with service in Germany. In 1955, he began his legal career with Nelson Mullins & Grier and in 1964 became managing partner and served three decades. Claude set the stage for Nelson Mullins to grow to its current level of more than 500 attorneys and other professionals in offices from Boston to Tallahassee. Under his leadership, the firm developed its pro bono program in the late 1980s and has developed close ties with legal service providers and nonprofits assisting those with limited means.

He was awarded the Herbert Harley Award by the American Judicature Society, the Order of the Palmetto, the DuRant Distinguished Public Service Award from the S.C. Bar Foundation and the Compleat Lawyer Gold Award from the USC School of Law Alumni Association.

A dedicated proponent of bettering his city and state, Claude served as chair of the S.C. Research Authority and the Greater Columbia Chamber of Commerce. He served as president of the board of trustees and as chair of the Board of Commissioners of the Columbia Museum of Art. He was a member of several other boards, including the Board of the S.C. Philharmonic, State of S.C. Coordinating Council for Economic Development, Midlands Board for Economic Development, S.C. Chamber of Commerce, Board of Visitors of Columbia College and the Board of the University of S.C. Educational Foundation. Claude also contributed significant efforts toward the United Way of the Midlands and served on its board.

As a lifelong servant of his church, Claude served as president of the board of trustees of the Episcopal Diocese of Upper S.C. from 1985 to 1997, and as senior warden, vestry member and lay reader, among other positions, in Columbia’s Trinity Episcopal Cathedral. Claude also gave back to his law school through his leadership of USC’s first capital drive, resulting in a million-dollar gift to the USC School of Law for the Nelson Mullins Riley & Scarborough Center for Professionalism to provide law students a more complete education in this field.