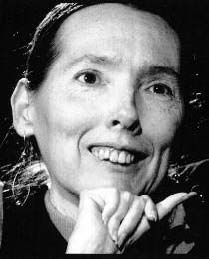 Harriet M. Johnson was born July 8, 1957, in Laurinburg, North Carolina to parents Dr. Ada A. Johnson and Dr. David D. Johnson. Johnson was a solo practitioner in Charleston, well known for her advocacy, especially in the area of disability rights. She was a board member of Protection and Advocacy for People with Disabilities, Inc. and was affiliated with the National Lawyers Guild Disability Rights Committee, South Carolina Association for Justice and Carolina Alliance for Fair Employment. She holds the world endurance record for protesting the “Jerry Lewis” telethon for the Muscular Dystrophy Association.

She was chair of the Charleston County Democratic Party executive committee from 1988 to 2001; city party chair from 1995 to 2000; secretary of the city party from 1989 to 1995; national convention delegate in 1996; and president of the Charleston County Democratic Women from 1989 to 1991. She was a candidate for county council in 1994 and was a certified poll manager. She served on the South Carolina Bar Board of Governors.

Some of her published works include A Celebration for the Day of the Dead (1999), The Disability Gulag (2003), Stairway to Justice (2004), Too Late to Die Young: Nearly True Stories from a Life (2005) and Accidents of Nature (2006). She was featured in the interview 13 Questions, BBC Ouch (2008). Her most famous NY Times Magazine essay was 2003’s Unspeakable Conversations. The Harriet McBryde Johnson Memorial Scholarship was established by the University of South Carolina School of Law. Her papers are being donated to the College of Charleston Special Collections.