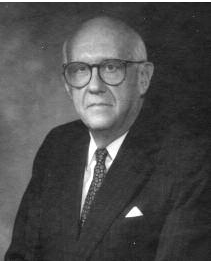 Clarke W. McCants, Jr. was born February 20, 1921, in Columbia, SC, to parents Clarke W. McCants and Ethel Watson McCants. He received his B.A. degree from the University of South Carolina, where he was a member of the student council, Omicron Delta Kappa Fraternity, Pi Kappa Alpha Fraternity (president), the debate team and the Euphradian Society. He also served as editor of the Garnet and Black and student representative on the University of South Carolina Athletic Advisory Board.

McCants graduated from the USC School of Law, where he served as chief justice of the Order of the Wig and Robe and editor of the Year Book of the Selden Society, a precursor to the S.C. Law Quarterly and S.C. Law Review. Between his undergraduate and law school education, he served in the U.S. Army Air Corps as a flight radio operator. He served in World War II, flying from air bases in the Sudan, India, Egypt, Libya and Morocco. He received the Army Air Corps Good Conduct Medal and Asiatic-Pacific Theater Medal with one Bronze Star.

In 1947, he began a distinguished legal career that spanned more than 50 years. He began a law firm with his father and was in private practice until his retirement. He focused on probate, commercial, insurance and real property law. He was admitted to the S.C. Bar, U.S. District Court for the District of S.C., U.S. Court of Appeals for the Fourth Circuit and the U.S. Supreme Court.

McCants served as president of the Richland County Bar Association in 1973 and as president of the Columbia Estate Planning Council. He was an active member of the American Bar Association and served as editor of the Association’s Journal of Real Property and Probate Trust Law. He was elected a fellow of the American College of Probate Counsel. He was previously recognized by The Best Lawyers in America in its Trusts and Estates Section.

McCants was a member of Forest Lake Club, The Columbia Ball and St. Andrews Society, for which he served as president. He also served as president of the Richland County Unit of the American Cancer Society and as general proprietor of Moot Point for more than 40 years.