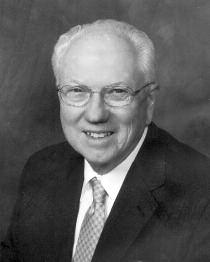 The Honorable Lester L. Bates, Jr. was born June 26, 1931, in Charleston, S.C., to Mayor Lester L. Bates, Sr. and Julia Burk Bates. He received his Bachelor of Arts degree from Furman University, where he was elected president of the student council, president of the Furman singers and later served as a trustee. He received his Juris Doctorate from the University of South Carolina School of Law, where he served as associate editor of the S.C. Law Review and as executive vice president of the American Law Student Association.

Judge Bates served two years in the U.S. Air Force as a legal officer, leaving with the rank of Captain. He was president of the Columbia Jaycees and the Columbia Music Festival Association. He received Columbia’s “Outstanding Young Man of the Year,” one of the three “S.C. Young Men of the Year” and was listed as one of the “Outstanding Young Men of America.”

Judge Bates was a member of Kilbourne Park Baptist Church, serving as chair of the board of deacons. He was a member of Eastminster Presbyterian Church at the time of his death.

Judge Bates practiced law in Columbia for 46 years. He served as a judge of the Columbia Municipal Courts and as Chief Administrative Judge. Later, he assisted the Attorney General in promoting and developing criminal domestic violence courts throughout South Carolina.

Judge Bates was recognized as the S.C. Judge of the Year in 2003 and received the Order of the Palmetto in 2004, presented by former Gov. Mark Sanford.