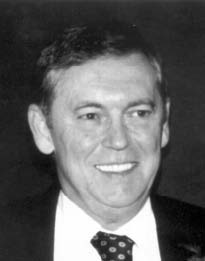 David A. Brown was born November 16, 1936, in Paris, Tennessee, to parents Julia Brown and Austin Brown. He attended Georgia Technical College and was a graduate of the University of Tennessee, where he was a member of Sigma Chi fraternity. In 1973 he graduated from the University of South Carolina School of Law, where he was elected to Wig and Robe as well as Law Review.

Brown began his legal career at Allgood & Childs Law Firm in Augusta, Georgia, from 1973 to 1978. From 1978 to 1991, he was a partner in Henderson & Salley Law Firm in Aiken, South Carolina. In 1991, Brown went into private practice until 2005. He was a member of the State Bar of Georgia, South Carolina Bar, South Carolina Defense Trial Attorneys’ Association and the Defense Research Institute. He did pro bono work for Aiken County Social Services and served on the Dispute Resolution Board of the South Carolina Bar.

He also provided legal assistance to the towns of Modoc, Plum Branch and Parksville, SC and was an honorary member of the Modoc Fire Department. David A. Brown died on December 5, 2005. He is survived by his wife, Harriette J. Brown; two children, Julia Brown-Davis (son-in-law, Steve Davis) and William D. Harris (daughter-in-law, Kelly Harris); and three grandchildren, Abigail Davis, Matthew B. Davis and Amanda Harris.