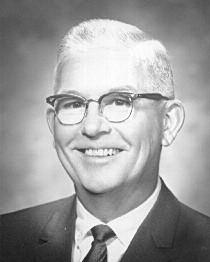 Johnstone graduated with honors from Clemson University. He was a member of the Blue Key Leadership fraternity and president of his senior class. He served his country in the U.S. Army Air Corps for five years during World War II, leaving with the rank of Colonel. He practiced law with Haynsworth, Perry, Bryant, Marion and Johnstone Law Firm in Greenville for 48 years, retiring in 1989.