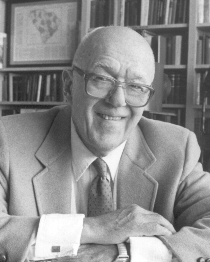 Augustus T. Graydon was born July 14, 1916, in Columbia, S.C., to parents Clinton T. Graydon and Raven V. Simkins Graydon. He graduated from Columbia High School in 1933. He earned his Bachelor of Arts degree in English and History from Sewanee: The University of the South in Tennessee. He graduated Phi Beta Kappa in 1937 and was the president of his senior class. In 1938, he received a Masters degree in Journalism from Columbia University in New York City. He then returned to S.C. and worked for three years as a news writer and editor for The Columbia Record.

In 1941, Graydon joined the Army Air Corps. In 1945, after earning the rank of Major, he was sent to operate the Shanghai Internment Camps until he was honorably discharged from the Air Force in 1946. He earned his law degree from the University of South Carolina School of Law in 1949 and began practicing with his father.

Graydon’s interest in journalism continued throughout his life. He served on the board of directors of the State-Record Company and as president of the State-Record Foundation, which was established in 1963. He was a devoted bibliophile and owned an extensive library of books of all sorts, particularly focusing on the South.

Graydon was one of the founders of the Historic Columbia Foundation and served as building chair of the Richland County Public Library from 1947–1952. He was a long-time member of the Governor’s Mansion Commission, and beginning in 1971, served under four governors: John West, Jim Edwards, Dick Riley and Carroll Campbell. He worked diligently to save the Lace House and the Boylston House and Gardens, all now a part of the Governor’s Mansion complex. He served on the Vestry as senior warden. Under his leadership, the House of Bishops of the Episcopal Church met in Columbia in 1962. Their special guest was the Archbishop of Canterbury, Michael Ramsey. Graydon was a historian in charge of the Trinity Cemetery and historiographer for the Episcopal Diocese of Upper South Carolina.