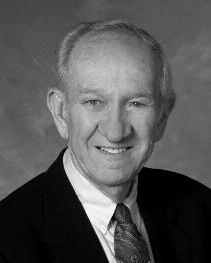 Leo H. Hill was born May 26, 1927, in Greenville, South Carolina, to parents Edna O. Howard Hill and Forrest K. Hill. After graduation from high school in 1944, he joined the U.S. Navy and served in the Pacific Theatre. After the war, he attended Erskine College where he served as president of the Philomathean Literary Society. In 1952, he received his Juris Doctor from University of South Carolina School of Law. While in law school, he was elected vice president of the USC student body and was a member of Wig & Robe. Hill then returned to Greenville, South Carolina where he continuously practiced law for 58 years. At the time of his death, he was of counsel to Nelson, Mullins, Riley and Scarborough, LLP.

In 1968, Hill became the youngest president in the history of the S.C. Bar. Through the Bar, he worked to help create the public defender and legal services agencies to serve indigents in need of legal representation. He was also instrumental in modernizing South Carolina’s bail bond laws. He was awarded the Compleat Lawyer Gold Medallion Award from the USC School of Law and the Tommy Thomason Award from the Greenville County Bar Association, and in 2005 he received the Durant Distinguished Public Service Award from the S.C. Bar Foundation. In the latter part of his career, Hill focused his practice on government law, representing numerous cities, water and sewer districts, and other public service districts throughout the state. He received awards for meritorious service from the S.C. Association of Public Service Districts and the S.C. Rural Water Association.

Hill was one of the early leaders in promoting arbitration and mediation as a way to resolve legal disputes and was often called upon to serve as an arbitrator and mediator throughout South Carolina and the United States. He was honored for his work by the American Arbitration Association and attended the renowned Harvard Law School Negotiation Course.