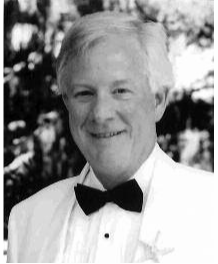 He received a bachelor’s degree in 1968 from Clemson University and graduated from the University of South Carolina School of Law in 1971. Harper was admitted to practice in the U.S. District Court for the District of South Carolina, the Court of Appeals for the Fourth Circuit and the U.S. Claims Court.

In 1971, he served in the U.S. Air Force in the Office of Special Investigations. He was a legislative assistant and executive aide to Sen. Strom Thurmond from 1972 to 1973. Harper was counsel to the Administrative Practice and Procedure Subcommittee of the Senate Judiciary Committee from 1973 to 1974. He served as an assistant U.S. attorney for the District of South Carolina from 1974 to 1976.

Donald A. Harper died on March 1, 2007. He is survived by his wife, Marsha Miller Harper, and two children, Kayce H. McCall and Miller M. Harper.