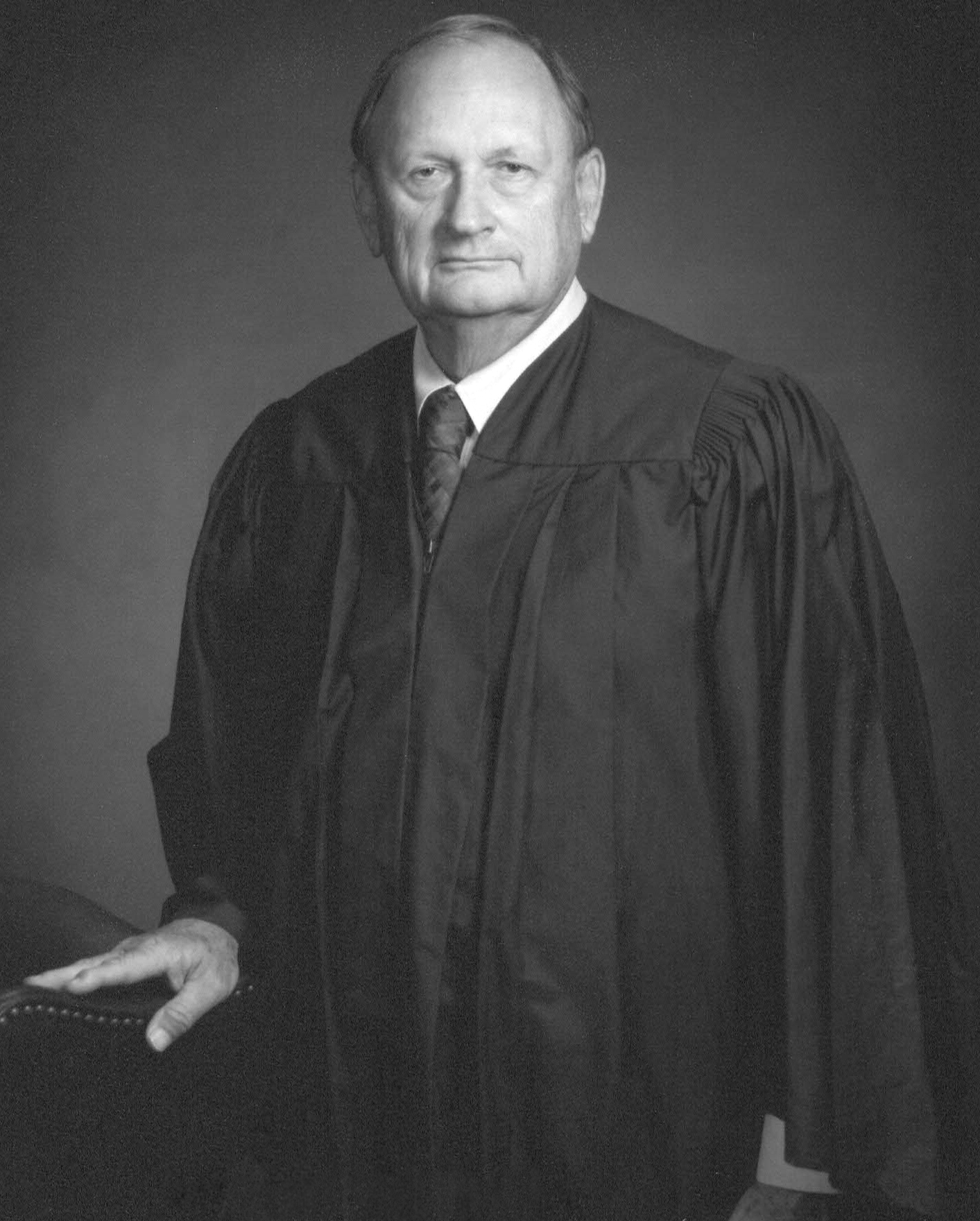 Hon. J. Ernest Kinard Jr. was born October 18, 1939, in Newberry, SC, to parents J. Ernest Kinard Sr. and Blanche Lominick Kinard. He attended Clemson University and graduated from the University of South Carolina in 1961. In 1964, he earned a law degree from the USC School of Law. While in law school, he was admitted to the Order of the Wig and Robe. He also graduated from the National Judicial College in 1989.

In 1964, he joined the Savage Firm in Camden, SC and served as the firm’s managing partner until elected to the S.C. Circuit Court in 1988. As a Circuit Judge, he served as Chief Judge for Administrative Purposes in numerous circuits, held court in all 46 counties, and served as the first presiding judge of the State Grand Jury. Judge Kinard was named Trial Judge of the Year in 2006 by the S.C. Chapter of the American Bar of Trial Advocates and was awarded the Rhodes/McDonald Trophy by the O’Neal Inn of Court in 2011. He continued to serve a full assigned schedule as an active/retired circuit judge even while battling cancer, never missing a day of holding court in 27 years. In 2016, in recognition of a lifetime of exemplary and exceptional service to the legal profession and to the system of justice in South Carolina, he was posthumously awarded the Chief Justice’s Award for Outstanding contributions to the Legal Profession.

Active in local affairs, Judge Kinard served as president of the Camden Sertoma Club, director of the Wateree Valley Clemson Club and member of the Kershaw County Chamber of Commerce and Camden Country Club. He also supported the United Way of Kershaw County as fund drive chair, served as a trustee of Louise C. Proctor Hall and was a member of the church council of St. Timothy’s Lutheran Church.

Judge Kinard especially enjoyed spending time with his family, traveling and reading. A lifelong athlete, he played both offense and defense on the Newberry High School football team of 1956 and was voted best blocker. He was an avid golfer for over 40 years. In 2014, he won first place in his flight in the Myrtle Beach World Amateur and was awarded the Overall Winner of the 35th Annual Judicial Invitational Golf Classic.