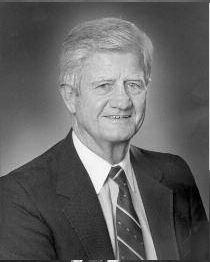 Douglas McKay, Jr. was born August 12, 1917, in Columbia, S.C., to parents Douglas McKay Sr. and Anne L. Walker McKay. He attended Episcopal High School in Alexandria, Va. He received his Bachelor of Arts from the University of South Carolina in 1939 and his Juris Doctorate from the University of South Carolina School of Law in 1941. He was a member of the Sigma Alpha Epsilon fraternity, Omicron Delta Kappa honorary fraternity and the boxing and track teams.

In 1941, McKay began practicing law in Columbia with his father, Douglas McKay, Sr., in the firm of McKay and Holmes. He practiced law for many years with McKay, McKay, Black & Walker and then formed McKay, Cauthen, Settana & Stubley, P.A. (The McKay Firm), where he practiced until his retirement in 2003. He was licensed to practice before the U.S. Supreme Court.

McKay held lifelong interests in historical events in South Carolina, Lowcountry culture, music, science and medicine. He had a lifelong love of music, played the piano and refused a scholarship offer from the Juilliard School in New York to pursue his legal career.