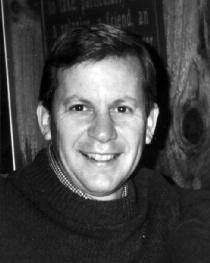 Harness had more than 30 years of trial experience and was instrumental in promoting dispute resolution systems for organizations, both private and governmental. He became a certified mediator in 1982. When the S.C. Council for Dispute Resolution (SCDR) was formed, Harness began working with those interested in ADR, primarily in mediation. Harness and the Council later participated in Settlement Week in Charleston in 1991. Due to the success of that pilot effort, the ADR Committee went on to draft the Court Annexed Mediation Rule, which was approved by the House of Delegates in 1992. As a result of that action, the acting Chief Justice at the time, David Walker Harwell, and the president of the S.C. Bar, John Hagins, formed a Supreme Court Joint Commission on ADR, which began writing mediation and arbitration rules that began to be implemented in 1995. Today, although the mediation rule has been altered from its original form, it is because of Harness’ vision that it exists.

In addition to his mediation work, Harness was also known for his environmental law practice. He was general counsel at the S.C. Coastal Council (SCCC). While with SCCC, he argued Lucas v. South Carolina Coastal Council before the U.S. Supreme Court, a famous case that established the “takings test for determining whether a regulatory action constitutes a regulatory taking that requires compensation.”

In later years he represented members of the regulated community as well as others who interacted with environmental law. “I met Mr. Harness early in my career at the School of Law in the context of an environmental mediation project. He was always happy to come share his wisdom with the students of our law school and spoke eloquently at various symposia over the years,” reports Professor Kim Diana Connolly, who taught environmental law courses at the USC School of Law.