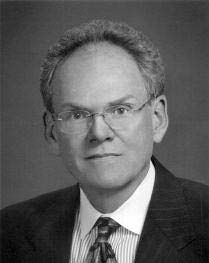 T. English McCutchen Ⅲ was born April 5, 1948, in Columbia, South Carolina, to parents Jane Perry McCutchen and Thomas E. McCutchen, Jr. He graduated from The Citadel in 1970, where he was on the dean’s list and served in the Regimental Color Guard. He received his Juris Doctorate from the University of South Carolina School of Law in 1973.

McCutchen was active in civic and community affairs for many years, having previously served on the board of trustees of the Historic Columbia Foundation, Columbia Music Festival Association, Columbia City Ballet (past president) and Heathwood Hall Episcopal School. He was active in the Boys Scouts of America, where he served as a Cub Scoutmaster and Boy Scout Leader.

He was co–author of South Carolina Civil Trial Techniques (Cross-Examination in Civil Trials chapter) and Civil Trial Practice: Winning Techniques of Successful Trial Attorneys (Proving Punitive Damages chapter). He was a frequent speaker at South Carolina Bar continuing legal education programs. He was certified as a mediator in state and federal courts.