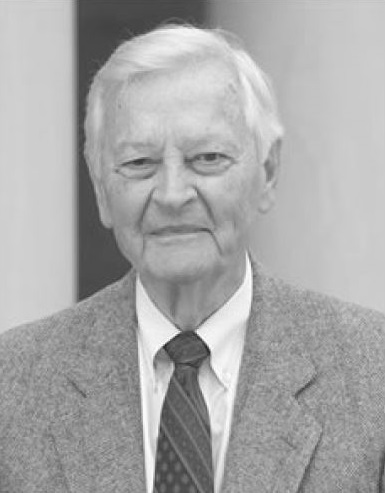 Milton A. Smith, Sr. was born May 27, 1925, in Gray Court to parents Josie Amanda Kessler and John Harley Smith. He graduated from Wofford College in 1949 and the University of South Carolina School of Law in 1952.

Prior to college, he enlisted in the Army in 1943 at Camp Croft. He served in the Rhineland and Central Europe Campaigns; the Battle of the Bulge; and in Nuremberg for the trials of 22 German war criminals. He obtained the rank of Colonel and received the American Theater of War Medal, two Bronze Service Stars, and the World War II Victory Medal. He also served in the Army Reserves retiring in 1985.

In 1951, he founded Johnson & Smith Law Firm with Edwin Johnson and served as part-time 7th Circuit Assistant Solicitor. He was appointed chairman of the SC Department of Corrections by Governor Carroll A. Campbell, Jr. and was the honored recipient of South Carolina’s highest civilian service award, The Order of the Palmetto.

Milton was an active member of First Baptist Church of Spartanburg, where he served as chairman of the deacons for over 10 years. He was co-founder of the Rice Bowl Ministries. He was a member of the SC Bar.