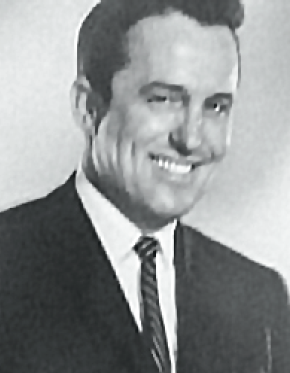 Rex L. Carter was born June 20, 1925, in Honea Path, SC, to parents Eunice Young Carter and Daniel Brooks Carter. He served in the U.S. Coast Guard in the Atlantic and Pacific Oceans during World War II from 1943 until 1946. He received his B.A. from Erskine College in 1950 and his J.D. from the University of South Carolina School of Law in 1952.

After graduation, he started the law firm Carter, Smith, Merriam, Rogers and Traxler P.A. in Greenville and practiced there until his death. From 1953 until 1980, he served in the S.C. General Assembly from Greenville County. He was elected Speaker Pro Tempore in 1957, and in 1973 he was elected Speaker of the House. During his service as s peaker, the House developed its first professional research staff, initiated regular orientation sessions for new members, which are now mandated by the state constitution. He was a major supporter of the construction of the first legislative office buildings in the capitol complex, and he brought computerized information into the State House so the public and news media could track the progress of legislation.

Rex received Honorary Doctor of Law degrees from Erskine College in 1974, The Citadel in 1977 and USC in 1980. In 2006, he was presented the Erskine College Algernon Sidney Sullivan Award and was awarded the Order of the Palmetto by then Governor Richard W. Riley.

He was a member of the SC Bar and the American Legion for over 50 years. He served on the board of Southern Bank, First Union, American Services, Inc and Greenco Beverage Company.

He was a member of the Augusta Road Baptist Church for 57 years, where he served as a deacon and Sunday school teacher.