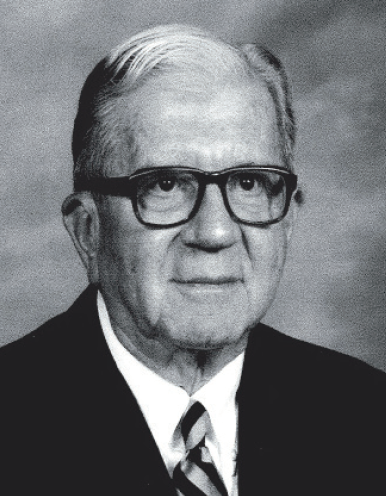 Albert L. James, Jr. was born May 29, 1916, in Palmetto, SC to parents Alexina Wilson James and Albert Law James, Sr. He graduated from The Citadel in 1937 and from the University of South Carolina School of Law in 1940, where he was a member of Phi Beta Kappa.

“Juny” served as an assistant professor of military science at The Citadel and then in the European Theater, where he participated in the D-Day invasion of Normandy. He was awarded the Invasion Arrowhead, Five Battle Campaign Stars, Bronze Star and the French Croix de Guerre for his service. He attained the rank of major. Upon his return from World War II in 1945, he practiced law in Darlington until his retirement in 2000.

He served as deacon, elder and clerk of session at Darlington Presbyterian Church and a chair of the board of trustees of the Presbyterian Homes of South Carolina. He grew up on a family farm and loved the Darlington farm community. He secured recognition of the Family Farm as a Century Farm and until his death, spent most afternoons visiting the property.