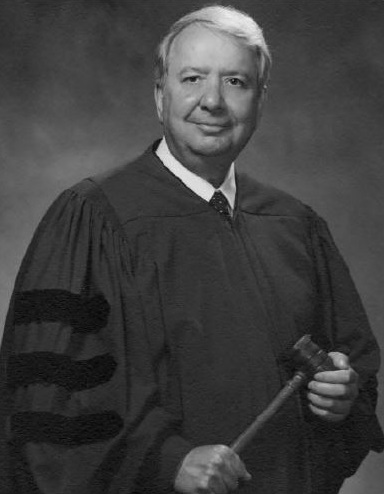 The Honorable Ramon Schwartz, Jr. was born May 25, 1925, in Sumter to parents Madge Grossman and Raymon Schwartz. He received his B.A. from the University of South Carolina in 1948; his LL.B in 1949 from the UofSC School of Law, where he was first vice president of the student body; president of the Euphradian Literary Society; and a member of Omicron Delta Kappa Leadership Fraternity, Kappa Sigma Kappa Service Fraternity, the Debating Team, and Wig and Robe Scholastic Society. He was a World War II Army Veteran serving in the European Theater of Operations.

He practiced law for 68 years in Sumter, beginning with his father in the firm of Schwartz & Schwartz. After his father’s death, he formed a partnership with Richard Kirk McLeod. The firm eventually became Schwartz, McLeod, DuRant & Jordan.

Judge Schwartz served eight years as the Sumter City Recorder. He served in the South Carolina House of Representatives (1968-1984), where he served on the Judiciary Committee and chair of the Rules Committee. In 1976, he was elected Speaker Pro Tempore and two years later, he was elected Speaker of the House, a position he held until his retirement from the legislature six years later. He served one term as chairman of the Southern Speakers’ Conference.

He was named Legislator of the Year in recognition of his contributions to the state’s economic development by the SC Chamber of Commerce, Outstanding Achievement Award by the Greater Sumter Chamber of Commerce, and the Legislative Award by the SC Department of the Veterans of Foreign Wars. A number of years after his retirement from the legislature, the General Assembly named a portion of US Highway 76/378 abutting Shaw Air Force Base, The Ramon Schwartz, Jr. Highway.

He was recognized by the American Legion Department of SC for his outstanding service to his community and state. The Pee Dee Area Boy Scouts of America designated him as a “Distinguished Citizen.” He received Honorary Doctors of Laws degrees from the UofSC, The Citadel, and Newberry College.

Judge Schwartz was a fifth generation Sumterite—a fact he noted when he received the Order of the Palmetto from Governor Nikki Haley and the Gamecock City Society Award from the City of Sumter in 2012. In the legislature, he was an advocate higher education in Sumter. In recognition of his contribution to University of South Carolina-Sumter, a campus building was dedicated in his honor. He also served on the UofSC-Sumter Foundation Board and the Central Carolina Technical College Foundation Board. He was a member of the Church of the Holy Comforter, where he served as Vestry and Senior Warden.