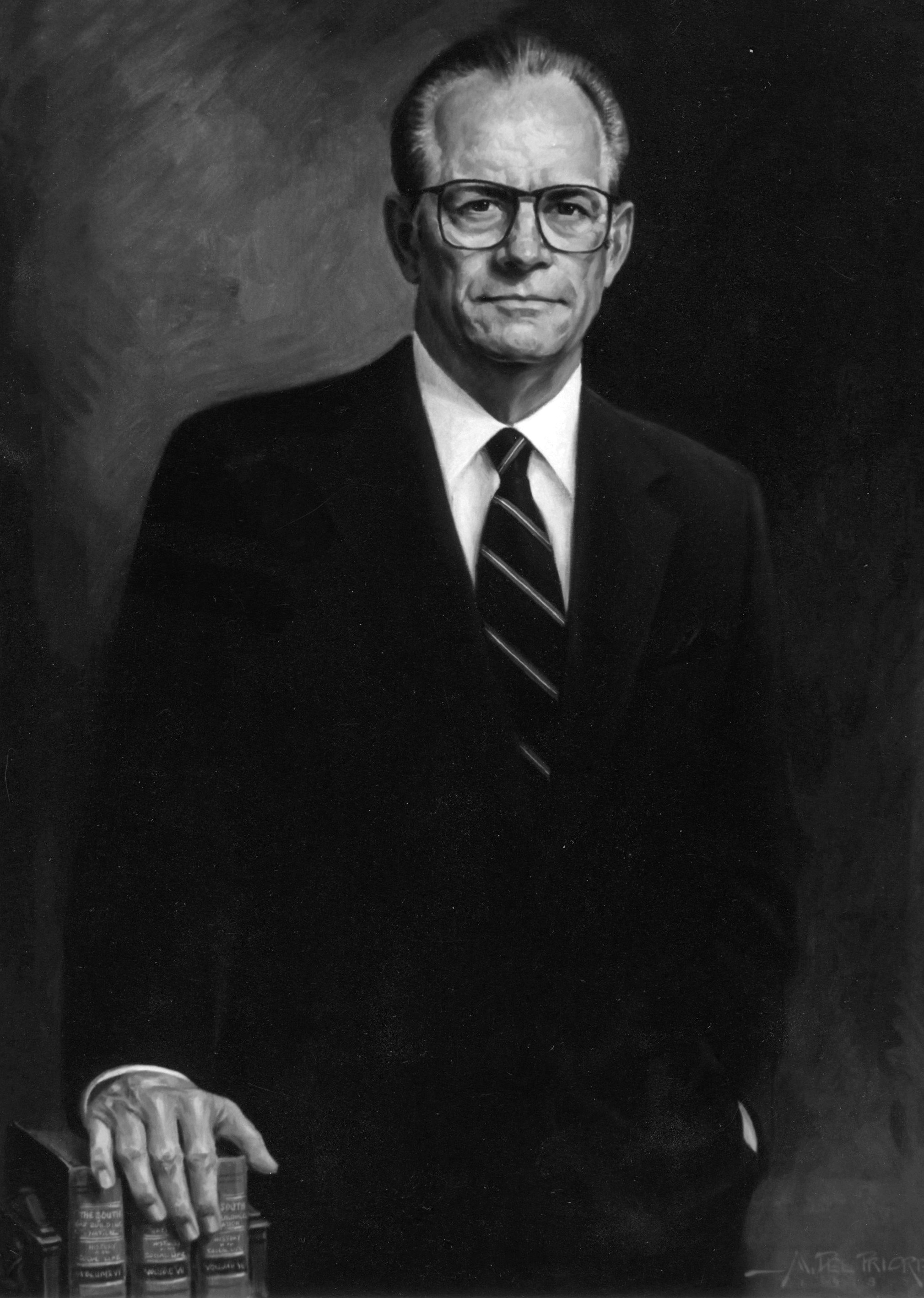 Lawrence M. Gressette Jr. was born February 23, 1932, in St. Matthews, SC, to parents L. Marion Gressette and Florence Howell Gressette. He received his B.S. with honors in Arts and Science from Clemson University, his LL.B. from the University of South Carolina School of Law in 1959, and honorary degrees from the College of Charleston and USC-Aiken. As a senior, he served as student body president, co-captain of the football team, a battalion commander of the Corps of Cadets and president of the Blue Key Society.

From 1959 until 1983, he was in general practice with his father in St. Matthews, SC. He then left to become an executive at the merged SCE&G and Carolina Energies. He served as chair, chief executive officer and president of SCANA Corporation.

He was a member of the American Bar Association and the SC Bar. He served on the Supreme Court Grievance Committee and was a special circuit judge in Beaufort County. He served on the board of directors of Wachovia Corp., Liberty Corp., the Edison Electric Institute and Southeastern Electric Exchange, among others.

As a civic leader, he served as chair of the Educational Television Endowment of SC and on the steering committee of the SC Governor’s School of the Arts. He was a member of the Palmetto Business Forum and the USC Business Partnership Foundation. He chaired the SC State Chamber of Commerce Business Center for Excellence in Education and the United Way of the Midlands. He also served on the board of the Columbia Museum of Art.

Lawrence received many honors over the years. Among them are the Distinguished Service Award from Clemson University and the Tree of Life Award from the Jewish National Fund in 1992; SC Business Leader of the Year in 1994; and the Order of the Palmetto, the state’s highest civilian honor, in 1996. In 2000, he received Clemson’s highest public tribute, the Clemson Medallion. He was inducted into the SC Business Hall of Fame in 2003.

He was an avid reader, favoring mysteries and biographies. He also enjoyed golf and loved to travel to Russia, Italy, Sweden, Turkey and many other countries with his wife. He was a lifelong Baptist, serving as a deacon at First Baptist Church in St. Matthews and later worshipping at Shandon Baptist Church in Columbia. He was a member of the Palmetto Club, Spring Valley Country Club and the Cullasaja Club.