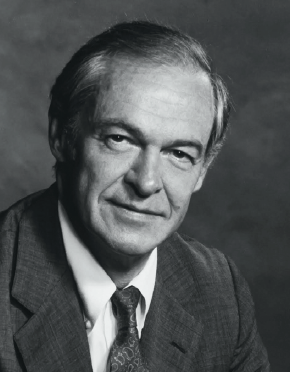 J. Frank Ogletree, Jr. was born September 10, 1930, in Greenville, Georgia, to parents Sara Sibley Ogletree and James Frank Ogletree. He received his Bachelor of Arts degree from Emory University in 1951 and his J.D. from the University of Georgia School of Law in 1954. He served as province chief, legal advisor and member of the high council of Alpha Tau Omega National fraternity and Phi Delta Phi. He was a member of the Omnicron Delta Kappa Honorary Leadership Society, The Gridiron Society and the law school editorial board. Frank served honorably in the U.S. Air Force in the Judge Advocate General Division, attaining the rank of major. His active duty took him to Turkey, Greece, Africa, Germany and throughout the United States.

He was known for helping to bring labor law to South Carolina. He represented many large corporations in labor relations suits, including J.P. Stevens, Michelin Tire Corporation, Burlington Industries and Union Carbide Corporation. In 1977, he founded the firm, Ogletree, Deakins, Nash, Smoak and Stewart. At age 47, he became the firm’s first managing partner and remained in that capacity until his death at age 55. The Ogletree Firm has now grown to 53 offices, located in 30 states, the District of Columbia, the U.S. Virgin Islands, and in Canada, Mexico and Europe.

Frank was a member of the Greenville Chamber of Commerce and was a recognized speaker on labor relations in the non-union environment. He was a member of the American Bar Association, State Bar of Georgia, SC Bar, District of Columbia Bar, the U.S. Supreme Court, and the Fourth Circuit Judicial Conference.

He described himself as loving all God’s beautiful creatures. In addition to his law practice, he also owned and operated Mark Hall Farms, training and breeding American Saddlebred horses. His passion led to numerous awards and World Championship titles. He served as president and long-time member of the board for the American Saddlebred Horse Association (ASHA), located in Louisville, Kentucky. The Frank Ogletree Youth Award was established after his death in his honor because of his unselfish giving of time and talents as an ASHA Director. He was especially interested in young people and encouraged their involvement with American Saddlebred horses.