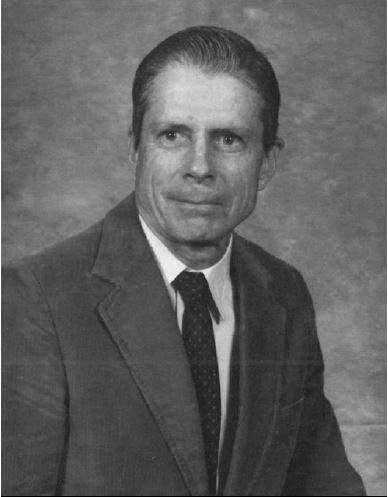 The Honorable Daniel M. McEachin was born August 2, 1925, in Florence to parents Margaret Howard and Peter Hector McEachin. He attended Davidson College before entering the Army in 1944.

He served in the 2nd Platoon, Company A of the 19th Battalion, 14th Armored Division of the 7th Army. He was in combat during World War II (1944-1945). He was wounded at the Battle of Hatten for which he received a Purple Heart. After his discharge from active duty in 1946, he remained in the Army Reserve until 1952.

Upon his return from World War II, he entered the University of South Carolina School of Law. While in law school, he was Chief Justice of the Wig and Robe and was the first honor graduate of his class.

After graduating from law school, he entered the practice of law with his father, Peter, his aunt Leah Townsend and his cousin Eugene N. “Nick” Zeigler. He later practiced briefly with his son Malloy. He was selected County Court Judge for Florence County and also served as a Special Circuit Court Judge by appointment. Upon the reorganization of the state judicial system, he was elected a Family Court Judge for the 12th Judicial Circuit.

He was an avid outdoorsman, waterman and athlete, playing golf and tennis until late in life. He had an inquiring mind and was a voracious reader. Though his formal education ended in 1949, his quest for knowledge in the fields of science, economics, philosophy and mechanics continued until shortly before his death.