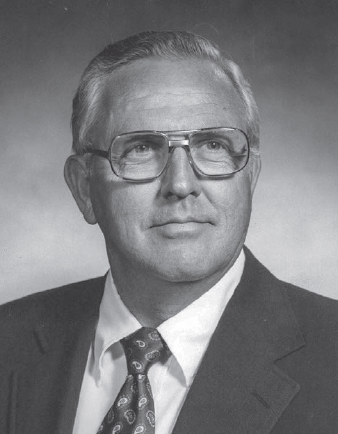 Saunders M. Bridges was born December 4, 1924, in Florence to parents W. Marshall Bridges and Leila Mae McKenzie Bridges. He received his B.A. from The Citadel and enlisted in the Army. He led a rifle platoon as a 2nd lieutenant until wounded while on the verge of entering Germany in the aftermath of the Battle of the Bulge. For his actions, he was awarded a Bronze Star with Oak Leaf Cluster and a Purple Heart. He was recalled to the Army for the Korean Conflict and served as a captain in the Judge Advocate General’s Corp.

Following World War II, he attended the University of South Carolina School of Law, where he received his J.D. and was editor of the South Carolina Law Quarterly and a member of the Order Wig and Robe and Omicron Delta Kappa fraternity.

Known to his friends since childhood as Baggy, he joined his father in the practice of law at Bridges and Bridges; and later practiced with Bridges and Whisenhunt; Bridges, Bridges and Orr; Bridges, Orr and Derrick; Bridges, Orr, Derrick and Ervin; and was Of Counsel with Aiken, Bridges, Nunn, Elliott and Tyler.

He served his community in many capacities. He was a trustee of Florence School District One, local president and national director of the SC Junior Chamber of Commerce, a water safety instructor and consultant for the American Red Cross and founding member of the Florence Symphony Orchestra. He was president of the Pee Dee Area Council of the Boy Scouts of America, by which he was awarded the Silver Beaver Award and the Vigil Honor of the Order of the Arrow.