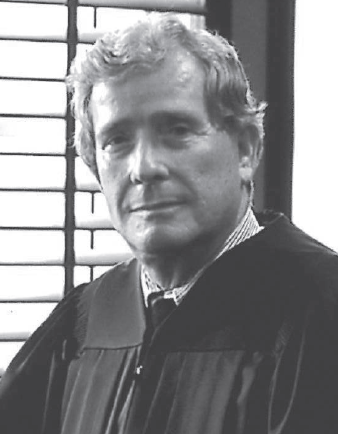 The Honorable C. Weston Houck was born April 16, 1933, in Florence, to parents William Stokes Houck and Charlotte Barnwell Houck. He received his LL.B degree from the University of South Carolina School of Law in 1956. Thereafter, he enlisted in the Army and served on active duty as a JAG officer for several years, receiving an honorable discharge at the rank of captain.

Upon his return to Florence, he joined his father’s law firm, Willcox, Hardee, Houck & Palmer; and later formed his own law firm. He was elected to the SC House of Representatives, serving as chairman of the Judiciary Committee. In 1979, President Jimmy Carter appointed him to the federal bench, where he presided for 38 years.

He was Chief Judge of the District of SC and president of the Fourth Circuit Judges Association. He instituted the district’s mediation program, implemented renovations and technological advancements in numerous courtrooms. He was instrumental and ultimately effective in the construction of the Matthew J. Perry Courthouse in Columbia and the Hollings Judicial Center, now the J. Waties Waring Judicial Center in Charleston.

He served as scout master for the St. John’s Episcopal Church troop and devoted himself to campaigning and raising funds for the United Way and the launching of Francis Marion College. He served as chairman of the Florence City-County Building Commission, president of the Florence Country Club, and was a longtime member of the Kiwanis Club.