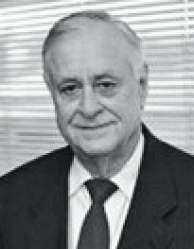 John E. Johnston, Jr. was born September 8, 1933, in Greenville, SC to parents Ruth Jones Johnston and John E. Johnston. He went to the University of South Carolina for undergraduate studies and in 1956, received his J.D. from USC School of Law, where he was first in his class. He was a member of Phi Beta Kappa, Chief Justice of the Wig and Robe, SAE, Kappa Sigma Kappa, Omicon Delta Kappa and assistant editor of the law journal.

After graduation, he and his wife, Caroline moved to New Mexico where he served as an officer in the U.S. Air Force, Office of the Judge Advocate General.

He initially practiced law with his father, John E. Johnston, Sr. and then later with both small and large firms, spending the majority of his career with Leatherwood, Walker, Todd & Mann.

He was listed in the Best Lawyers in America for over a decade. He received the Platinum Compleat Lawyer Award from USC School of Law, the Tommy Thomason Award from the Greenville County Bar Association and the Order of the Palmetto by then Governor Richard W. Riley in 1986.