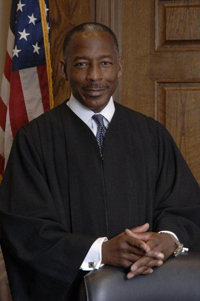 Donald Beatty was born in Spartanburg the son of Arthur and Ruth Beatty. He was educated in the public school system before attending South Carolina State University where he earned a bachelor's degree, cum laude in 1974. After college, he served as an officer in the U.S. Army. Following his discharge from the Army he enrolled at the University of South Carolina School of Law. In 1979, he received his J.D. degree and was admitted to the South Carolina Bar. He began his legal career as a staff attorney with the Neighborhood Legal Assistance Program in Conway, South Carolina. He then returned to Spartanburg and entered private practice. He served as a member of the Spartanburg City Council from 1988 to 1990. Then he was elected a member of the South Carolina House of Representatives serving from 1991 to 1995. In 1995, Beatty was elected Judge of the South Carolina Seventh Circuit Court. After eight years as a trial judge, he was elected to the S.C. Court of Appeals in 2003. In August 2007, the General Assembly elected him as an associate justice of the S.C. Supreme Court, a position which he still holds.