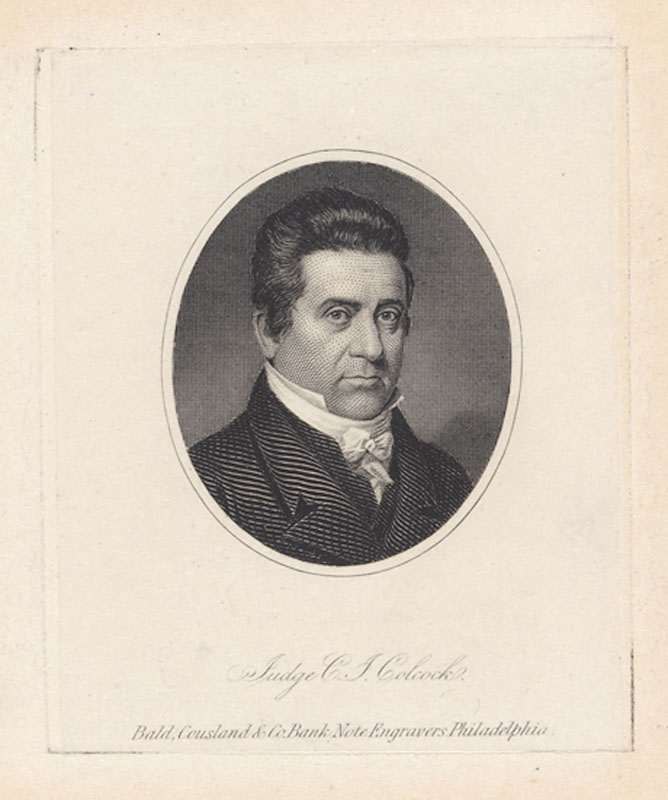 Charles Jones Colcock, the son of John Colcock, was born in Charleston in 1771. He went to Princeton College at age 14 and graduated in 1789. (1) He began the study of law under the famous Chancellor Henry William De Saussure in 1789, for the sum of £30 a year. At the time, the standard fee was £100 and the standard term was three years. (2) (The lower sum may have been in deference to Colcock’s late father, John.) He was admitted to the Bar in Charleston in 1792. He married Mary Woodward Hutson in 1794, moved to the Beaufort district, and became “the leading member of the Bar at Coosawhatchie and Beaufort.” (3) In 1798, he was elected Solicitor of the Southern Circuit, holding that office until 1806, when he was elected to the South Carolina House of Representatives. In 1811, he was elected an Associate Justice of the Constitutional Court. In 1817, he became the chief judge of the Constitutional Court. When the judiciary system was reorganized in 1824, and an Appeal Court of Law and Equity was established, (4) Judge Colcock was one of three judges elected as members of this Appeal Court. In 1830, Judge Colcock resigned from the Appeal Court, due to declining health. He was subsequently elected President of the Bank of the State of South Carolina, an office he held until his death in 1839. (5) A memorial published in the South Carolina Reports states:

“His judicial opinions to be found in our books of reports from the year 1812 to 1830, bear ample testimony to the clearness and vigor of his intellect, the soundness of his judgment, and his extensive acquaintance with the science and administration of the law.” (6)

He said of himself,

“In deciding a case I always look for the justice of it, and having ascertained that, I am very sure that I can find the law to sustain it.” (7) 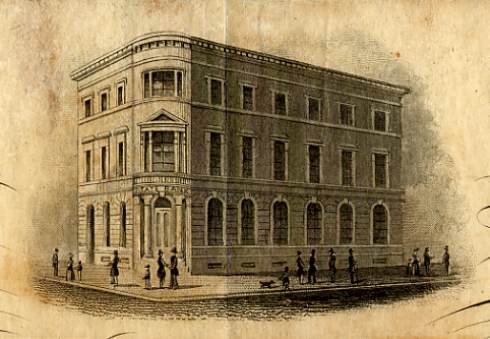 An engraving showing the Bank of the State of South Carolina building in Charleston from a bank stock certificate.
The building was purchased as the bank’s permanent home during President Colcock’s tenure.