Admission to the Bar

In the 18th and 19th centuries in South Carolina, those aspiring to the Bar apprenticed themselves to practicing lawyers and embarked upon a course of reading. Then as now, the courts were in charge of granting admission to practice. When ready, the apprentice petitioned the appropriate court for admission, declaring that he had completed his preparation. 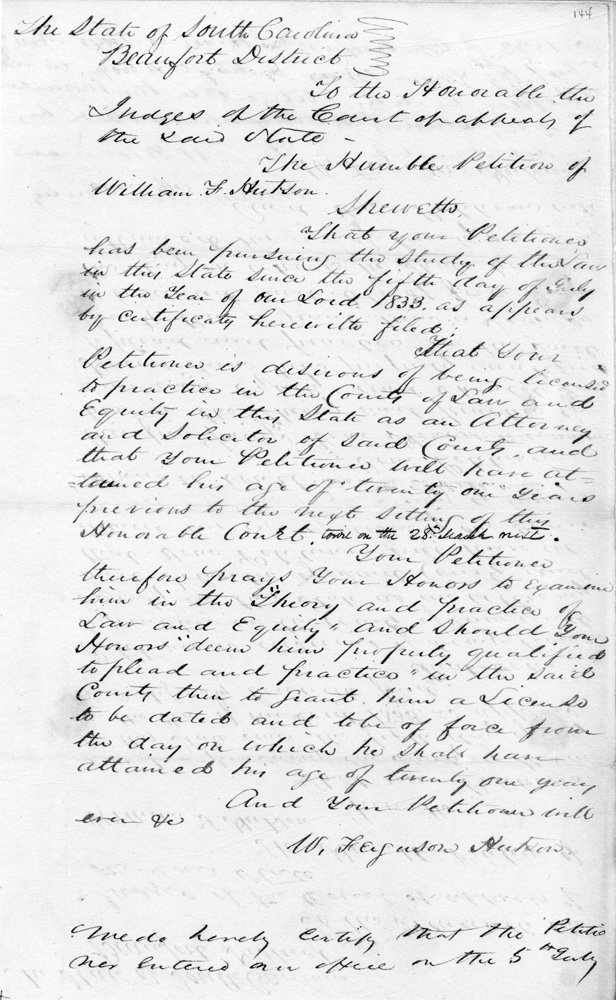 A supporting affidavit from the lawyer with whom he had studied attested to his readiness and his good character. 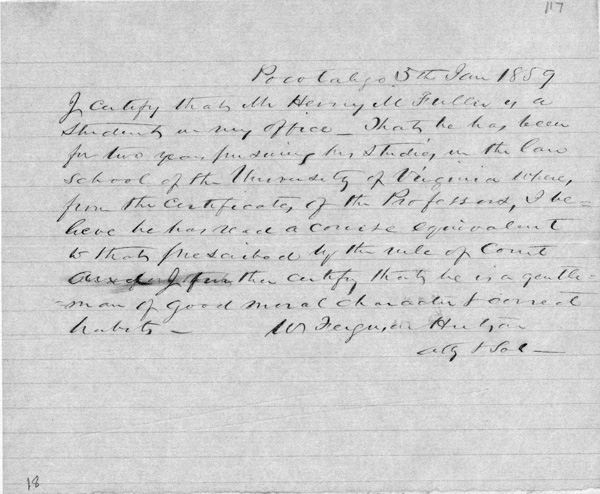 Because there were separate courts for handling equitable claims and common law claims, often a petition for admission was made to each court separately. 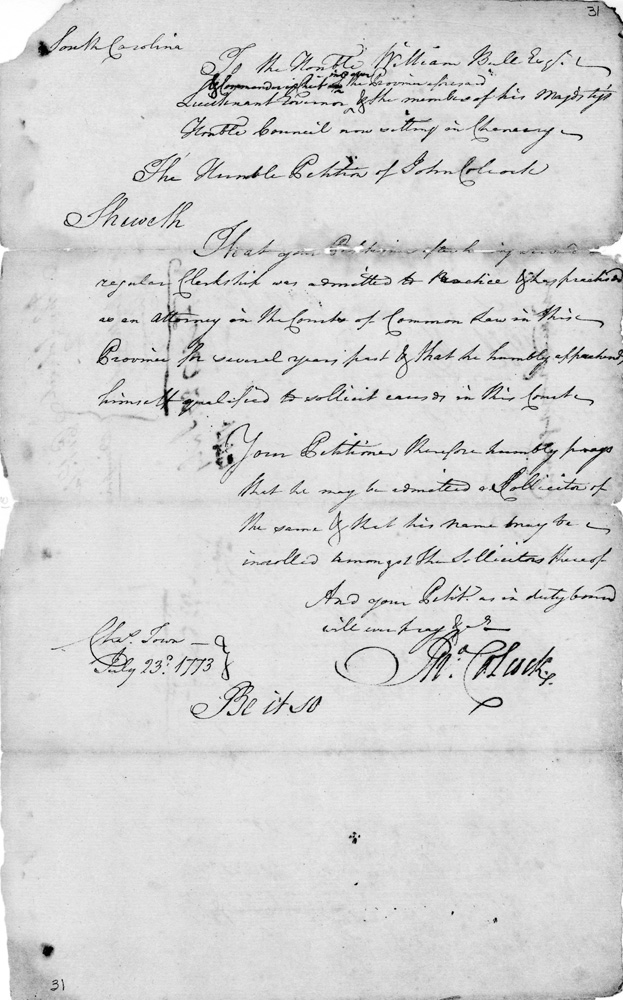 Images courtesy of the South Carolina Department of Archives and History. 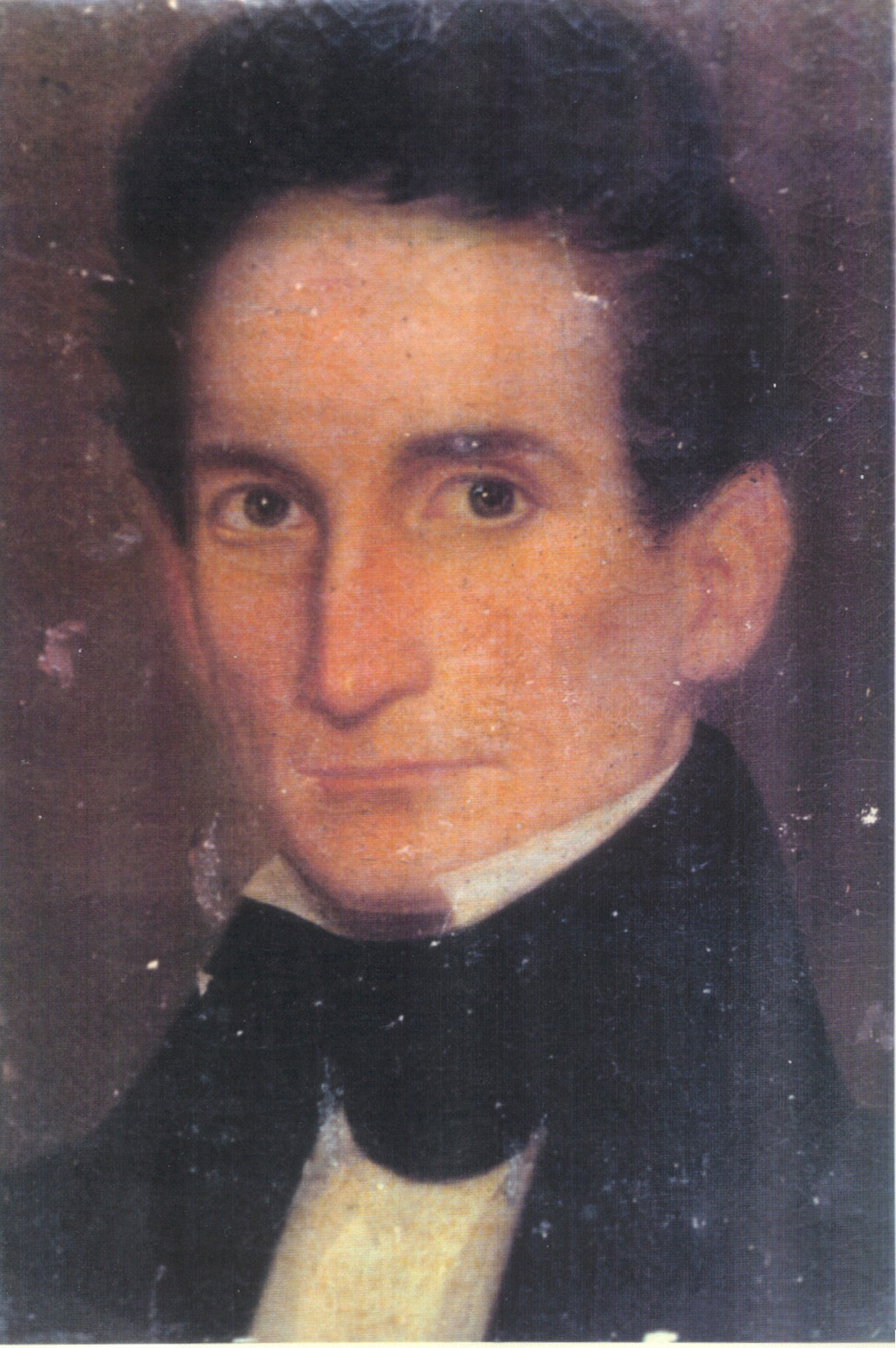 Another Hutson lawyer in the third generation, William Maine Hutson, read law in the office of his cousin William Ferguson Colcock, who was one of his sponsors for admission to the bar. He later practiced with William Ferguson Hutson in Orangeburg, S.C., under the firm name of Hutson & Hutson.