Existing manuscript ledger books from the Colcock & Hutson law firm document a successful law practice. In a ledger covering the period from 1867 to 1869, 49 court appearances on behalf of clients are recorded. A second ledger, covering the years 1867 to 1872, documents 115 cases handled by the attorneys of the Colcock & Hutson firm. A third ledger from the solo practice of Charles Jones Colcock Hutson, covering the years 1872 to 1881, records approximately 4500 transactions.

All of the Colcocks and Hutsons represented criminal defendants. John Colcock’s most famous client was Isaac Hayne, who was charged with treason during the Revolutionary War. William Ferguson Colcock first made a name for himself as a successful criminal lawyer. Joseph Daniel Pope said of him, ‘in the Court of Sessions, particularly, he was constantly engaged for the defense, and he jumped from one jury to another, wringing from them successful verdicts in favor of his clients.’ The Colcock & Hutson law firm practiced criminal defense law as well. Two hand-written criminal trial notices dated 1870 were found in the volumes of the donated collection.

They represented individuals in their business transactions. William F. Colcock and William F. Hutson represented a party suing Thomas Chaplin, owner of Tombee Plantation, in a case documented in Chaplin’s journal. The case is reported at Roux v. Chaplin, 20 S.C. Eq. 129 (1847). One of the donated volumes contained a letter dated 1880 from a client instructing Charles Jones Colcock Hutson to prepare a mortgage on his store to secure a loan he was making. 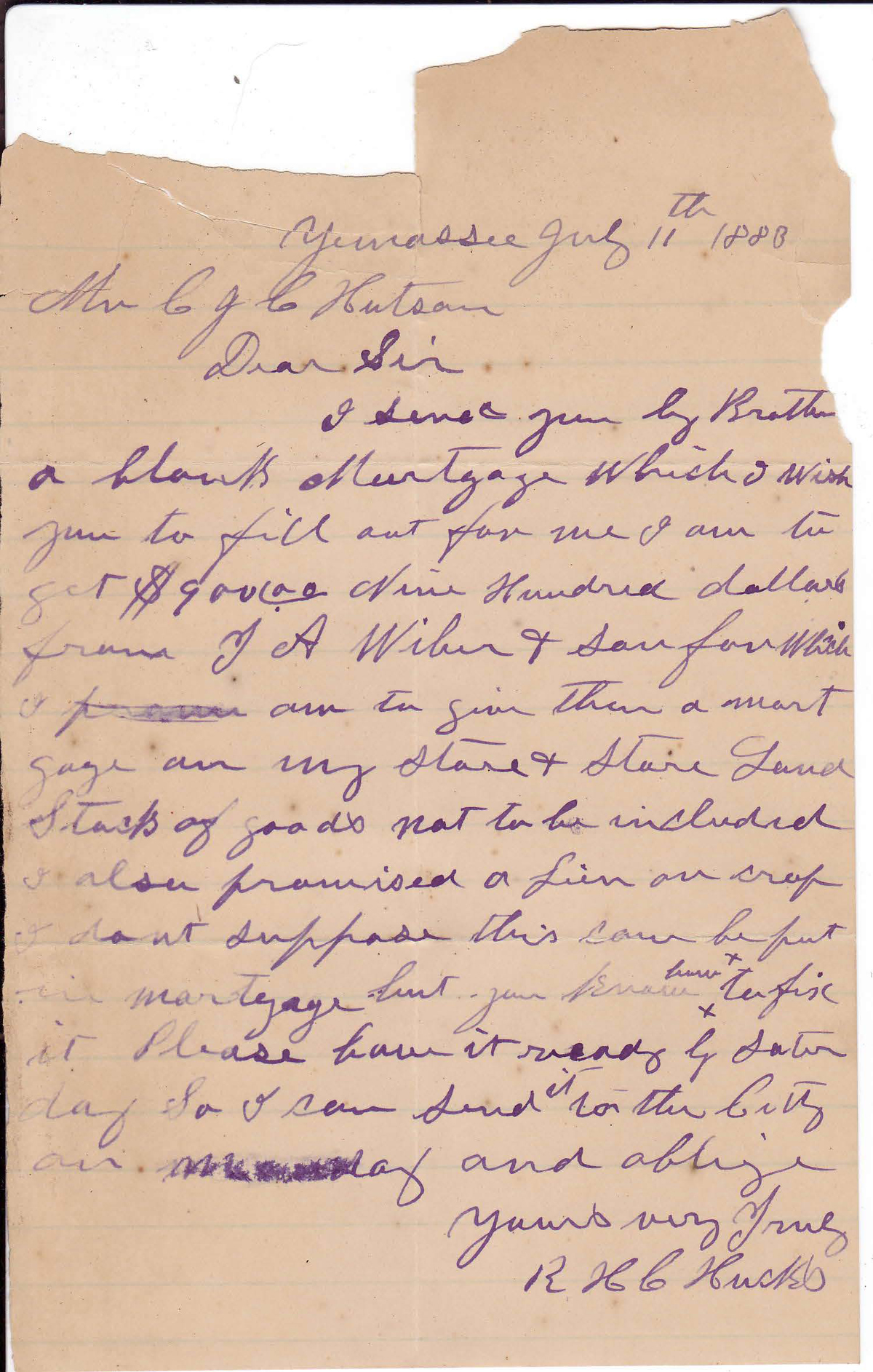 Robert H.C. Hucks, the client, was an African-American. He shows up on the militia rolls for Beaufort District in 1869 as a 21 year old farmer living in Coosawhatchie. By 1880, when he wrote his letter of instruction to his attorney, he had become a successful businessman, with a store and land of his own in Yemassee.

William F. Colcock was sued after the Civil War on his bond as Collector of the Port of Charleston, an office which he held under the Federal and Confederate governments. In this letter, dated 1872, he is requesting a copy of the statute which authorized him to continue in the same office, perhaps as part of his preparation of a defense. The entire Bar of Charleston offered to defend him in this lawsuit. (1) General James Simons, to whom the letter is addressed, was a lawyer and commander of the Confederate forces that attacked Fort Sumter in 1865. 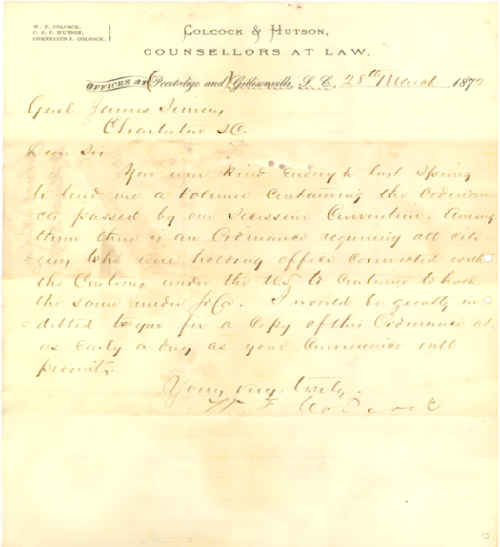