The statutory history line at the end of each federal statute tells you when that statute was enacted, when it was amended, and by which Public Law(s).

For example, consider the statutory history line for the whistleblower statute below: 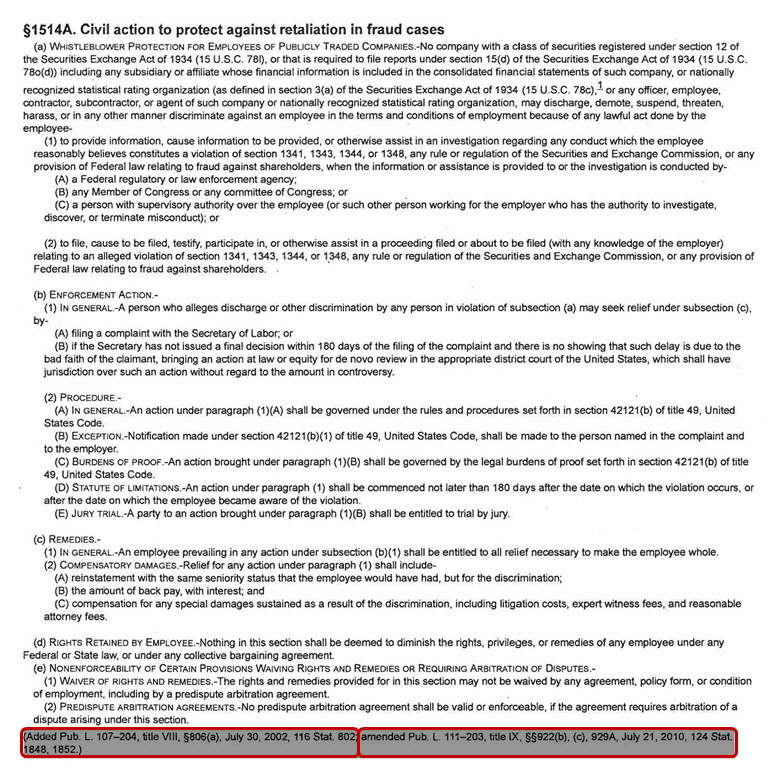 After the history line for a federal statute, there may be notes explaining the effect of each amendment, as well as their effective dates. This information helps you compare the language of various versions of a particular statute.  For example, below the history line for 18 U.S.C. § 1514A are notes on each of the 2010 amendments to that statute and the date they became effective.