The three steps to the enactment and publication of a federal law include:

To become a federal law, a bill is passed by both houses of Congress and signed by the President. This federal legislative process is detailed in a series of videos, with transcripts, on the CONGRESS.GOV website, which also provides a glossary of legislative terms. 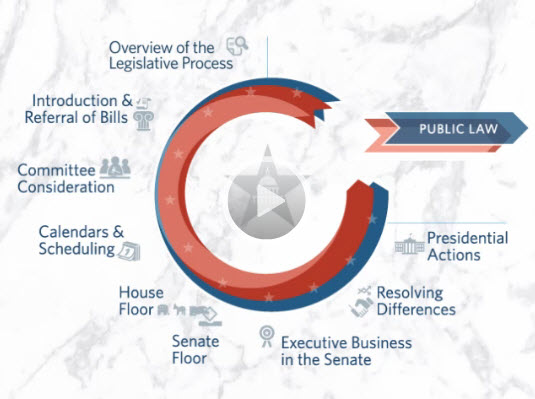 The full text of bills introduced in Congress from 1993 forward are available on the Legislation page of the CONGRESS.GOV website and the Government Publishing Office’s (GPO’s) govinfo website.

For example, in 2002, Congress passed a law to protect shareholders from fraud committed by publicly traded companies. The Public Company Accounting Reform and Investor Protection Act, commonly referred to as the Sarbanes-Oxley Act of 2002, passed as House Bill H.R. 3763.

2. Slip Laws / Session Laws in the U.S. Statutes at Large

Once Congress passes a bill into law, it is assigned a Public Law number and published in chronological order in the United States Statutes at Large along with other federal laws that passed during that congressional session. 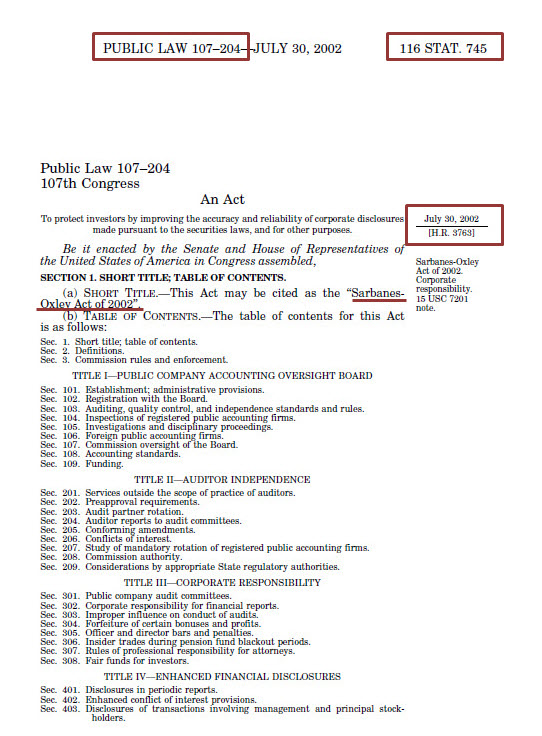 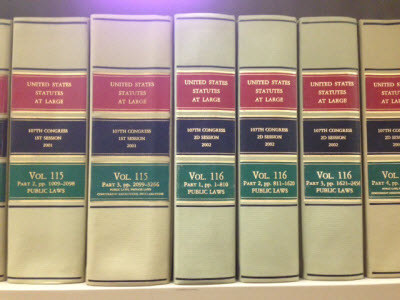 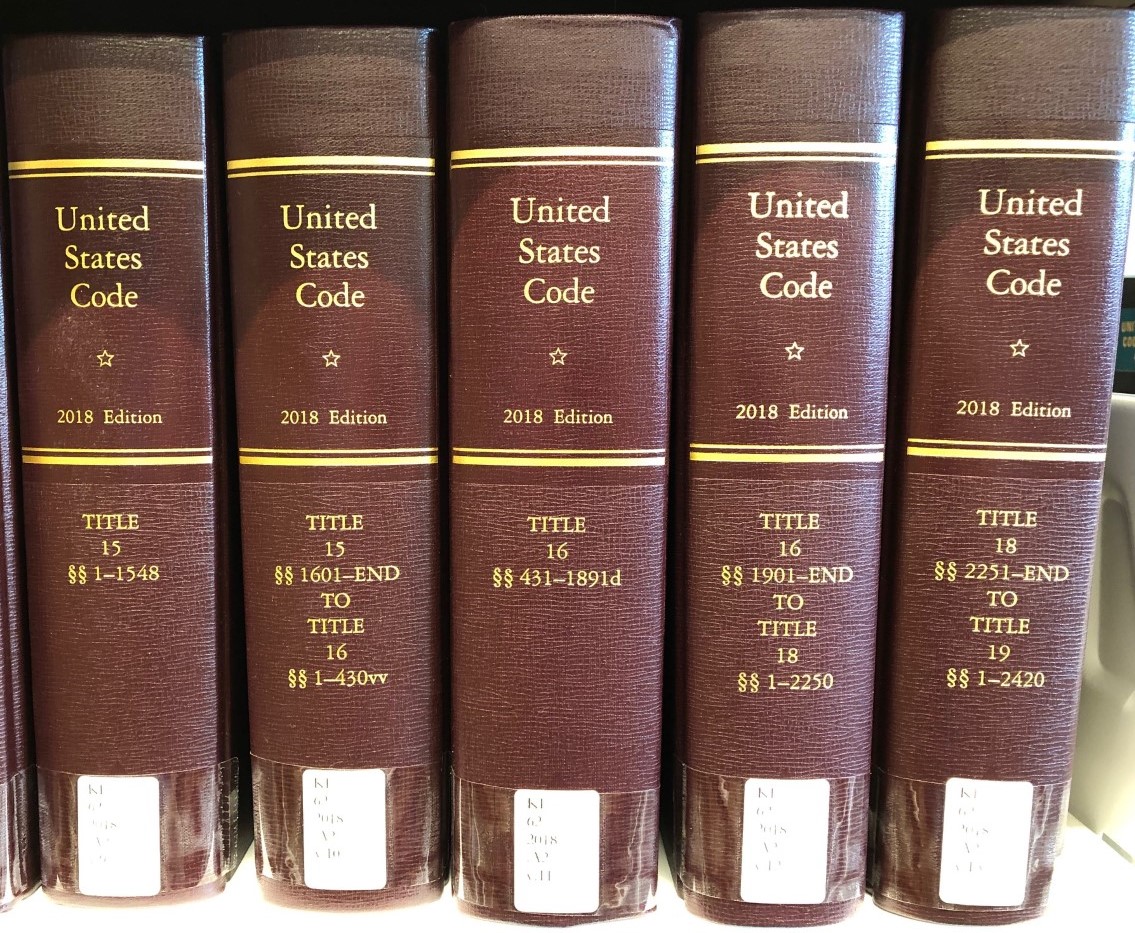 Next, federal statutes are arranged, or codified, by subject and published in the official print United States Code by title and section.

Section 806a of the Sarbanes-Oxley Act, which provides whistleblower protection for employees of publicly traded companies, was codified as section 1514A of Title 18 in the United States Code (18 U.S.C. § 1514A).

The United States Code is available to browse or search online on the GPO's govinfo website. The U.S. House's Office of Law Revision Counsel also maintains a website that allows you to easily browse, search or retrieve U.S. Code sections by citation or popular name.

Anatomy of a Federal Statute