Before a federal regulation can be made,

After all of this statutory authority is in place, an agency can then make regulations or rules that are within the agency's area of expertise as defined by statute, and those regulations and rules will have the force of law.

For these reasons, you will find that the process of researching regulations will often require researching statutes as well.

When researching online, a statute created by Congress can look very similar to a regulation created by an agency, so be careful to distinguish whether you are looking at the United States Code (statutes) or the Federal Code of Regulations. 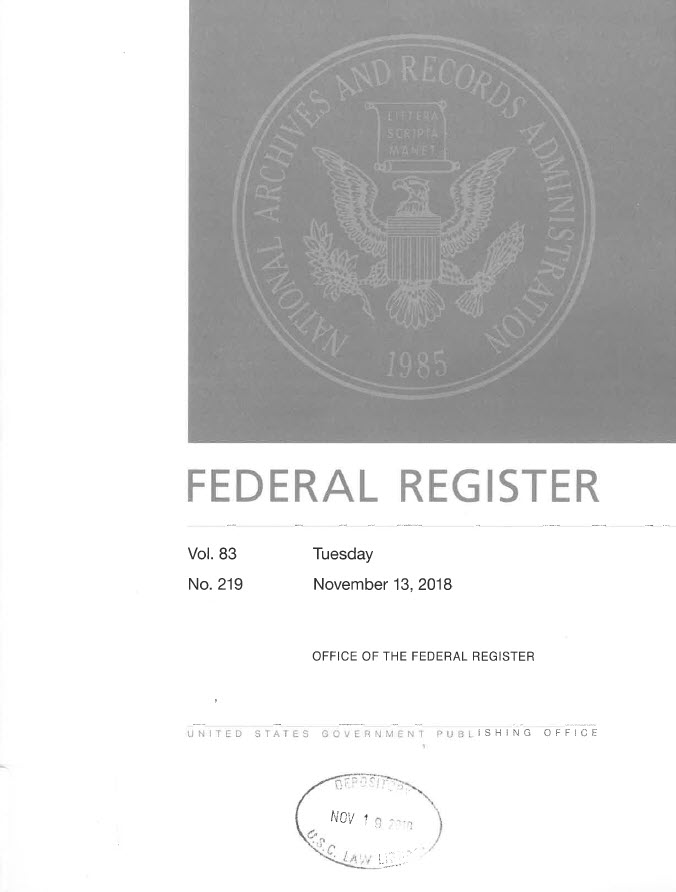 In compliance with the notice provisions of the Administrative Procedures Act, federal agencies generally publish rules, proposed rules, and notices of the various Federal agencies and organizations in the Federal Register (FR), which is published here on the govinfo.gov site and in print.  Additionally executive orders and other presidential documents are published in the Federal Register.

Once the comment period, which varies, has passed, federal agencies publish their final regulations in the Federal Register.

The initial publication of the regulation about procedures for a whistleblower to file a retaliation complaint under Sarbanes-Oxley was in the Federal Register at 76 FR 68093. The preamble starts at 76 FR 68084.

The Federal Register can also be found at  https://www.federalregister.gov/ which also links to the official published documents ultimately found on the govinfo.gov site and in print.  Documents may be found here before they are found in the print volumes and even at govinfo.gov.

"This unofficial, HTML (XML-based) format of the Federal Register on FederalRegister.gov overcomes the technical limitations of the official PDF format and demonstrates how an alternate format can effectively convey regulatory information to the public." 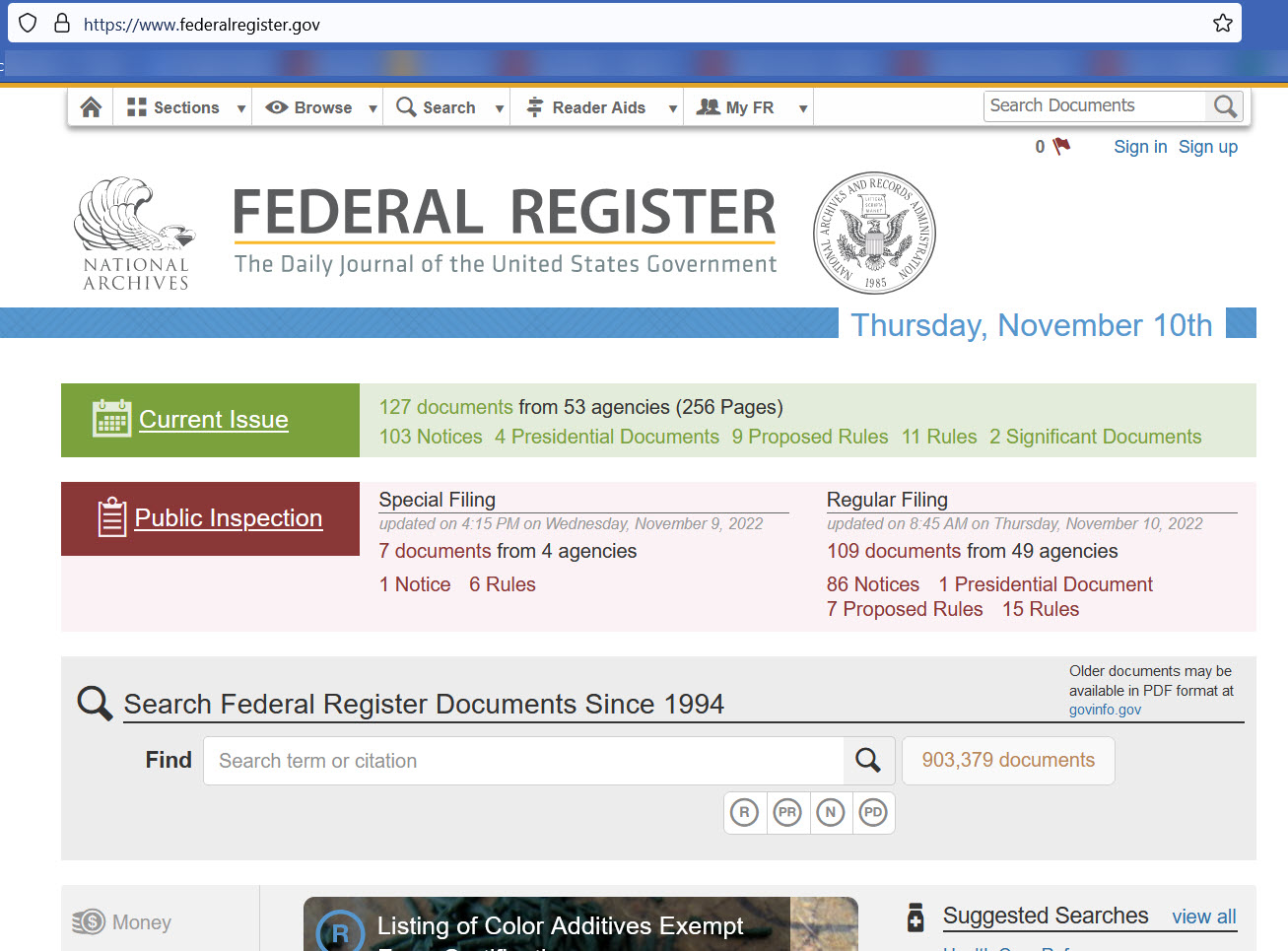 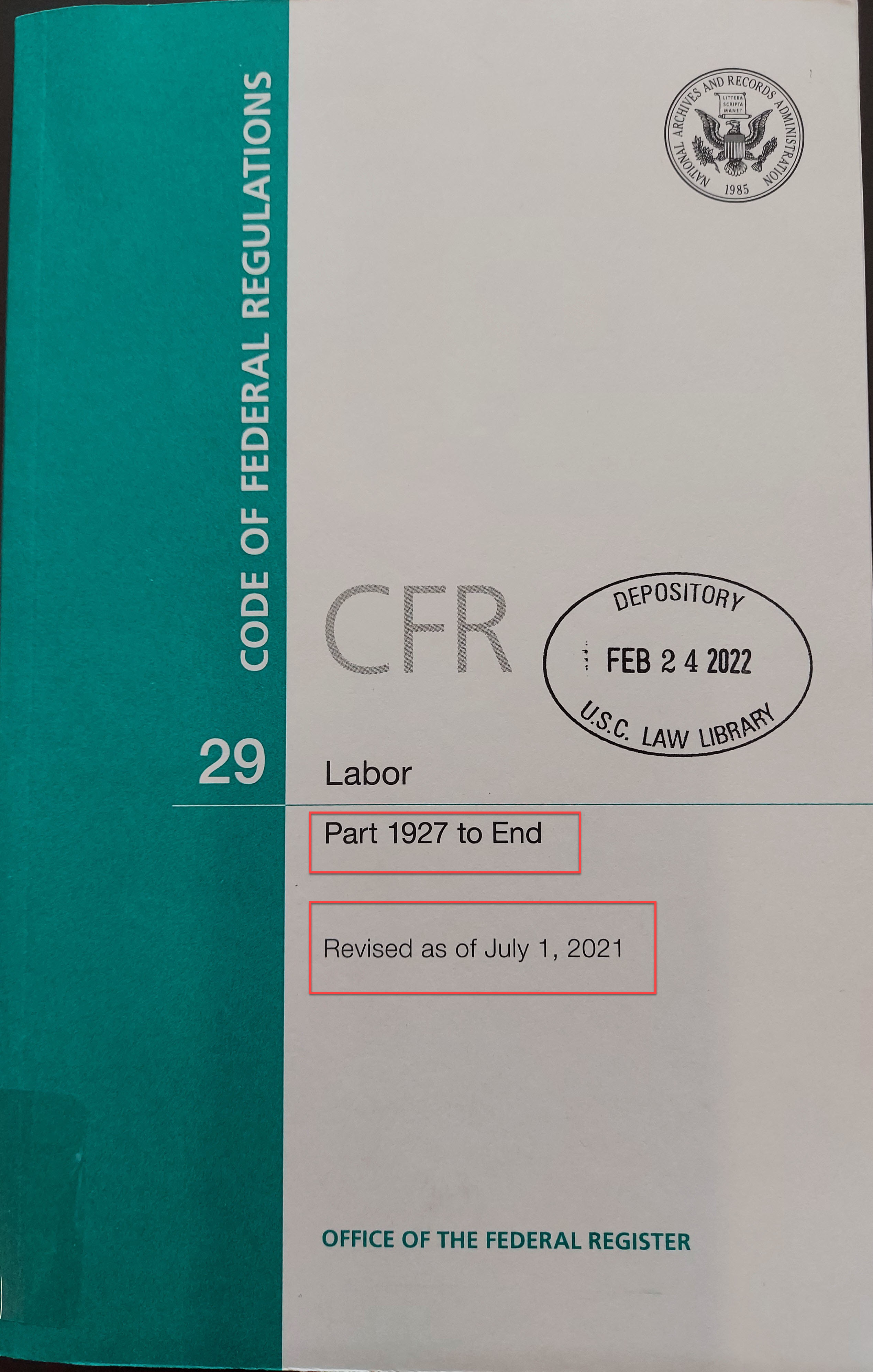 All the regulations created by a particular agency will usually be in the same title of the CFR. The 50 titles of regulations in the CFR appear similar to the 50 titles of statutes in the United States Code. Similar to how a statutory code title is further divided into chapters and sections, the CFR titles are further divided into chapters, parts and sections. This is a potential pitfall when researching in both regulations and statutes given their similar divisions.

Be careful to look at the top of the page to check whether you are in the Code of Federal Regulations or the United States Code.

Example:
The regulation about procedures for a whistleblower to file a retaliation complaint under Sarbanes-Oxley was codified in the Code of Federal Regulations at 29 CFR § 1980.103.

In addition to the print and official online versions of the CFR, there is also an electronic unofficial version, eCFR,gov, which is further discussed in the next sections.

The Code of Federal Regulations (CFR) provides ways for researchers who find codified regulations to trace backward in the regulatory process to find:

For example, if a researcher found 29 CFR § 1980.103 in the Code of Federal Regulations, and then scrolled up to the beginning of Part 1980, they would see the table of contents at left which lists the authority and the source for this Part.

AUTHORITY: The authority note at the end of the table of contents for Part 1980 indicates that 18 USC 1514A (a federal statute that is part of the Sarbanes-Oxley Act) gave the agency the authority to make all the regulations in Part 1980, including section 1980.103.

SOURCE: The source note, also at the end of the table of contents, refers to Volume 80, page 11880 of the Federal Register (cited as 80 FR 11880) where the final rule was published on March 5, 2015. The sections of that final rule were later codified in this Part of the CFR.

"Unless otherwise noted" in the source note tells you that every section codified in Part 1980 was added to the CFR because it was in the final rule published at 80 FR 11880 on March 5, 2015, unless a specific section within Part 1980 has a note after that individual section indicating that it was added or amended by some other final rule published on some later date. 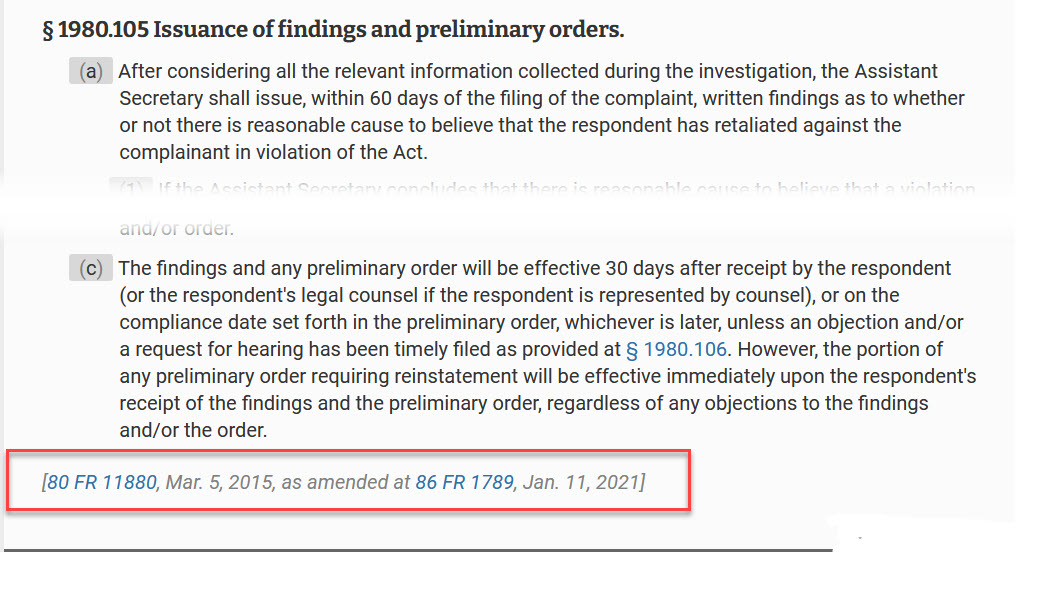 For example, § 1980.105 (within Part 1980) was amended in 2021. Thus there is a notation at the end of the section stating when it was amended after the original publication.

Anatomy of a Final Rule

The Federal Register provides the effective date in the preamble to a final rule. Click to expand the image below. 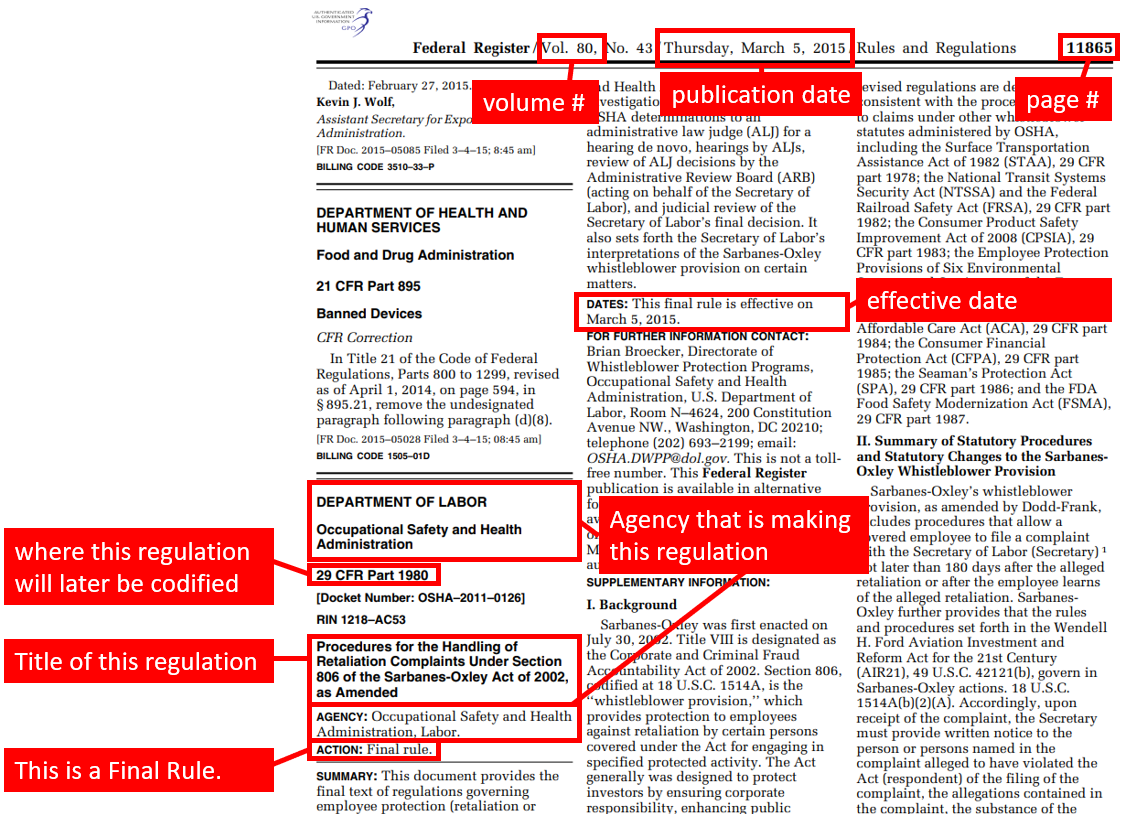 Online databases will usually note the effective date of a regulation, but may display it in varying locations.

Westlaw provides the effective date at the top of a regulation:

Lexis includes the effective date in the Notes after a regulation.

Instead of scrolling down, try clicking Notes on the navigation bar at the left to quickly jump down to "Notes" in the annotations below the regulation.

There are two common ways in which the relationship between statutes and regulations affects legal analysis:

Our whistleblower regulation is an example of a statute providing general guidelines, and a regulation specifying practical details.

A researcher would need to find the Department of Labor regulation codified at 29 C.F.R. § 1980.103(c) to learn that the complaint described in the statute should be filed at the Occupational Safety and Health Administration (OSHA) office in the employee's geographical area. (OSHA is an agency under the authority of the Secretary of Labor.)

On the other hand, sometimes numerous regulations are published, possibly by more than one agency that Congress authorized. For example, at least two federal agencies are responsible for writing rules and regulations to implement and enforce the Sarbanes-Oxley Act. Section 7202(a) of the Sarbanes-Oxley Act authorizes the Securities and Exchange Commission (SEC) to "promulgate such rules and regulations, as may be necessary or appropriate in the public interest or for the protection of investors, and in furtherance of this Act." 15 U.S.C. § 7202(a) (2018). However, any person alleging discharge or other discriminatory action under the whistleblower protections of the Sarbanes-Oxley Act must file a complaint with the Secretary of Labor. 18 U.S.C. § 1514A(b)(1)(A).  Note that these two statutes are in different titles of the U.S. Code.

If you find a regulation, there is at least one related statute you will also need to be aware of - the statute that gave the agency the authority to make that regulation. There may be additional statutes or other resources which need to be read together, in order to put the regulation in proper context.