Anatomy of a Case

Although appellate court judges do not usually write opinions in rhyme, the Fisher v. Lowe case below provides a good one-page opinion to demonstrate the parts of a case published in a West reporter. 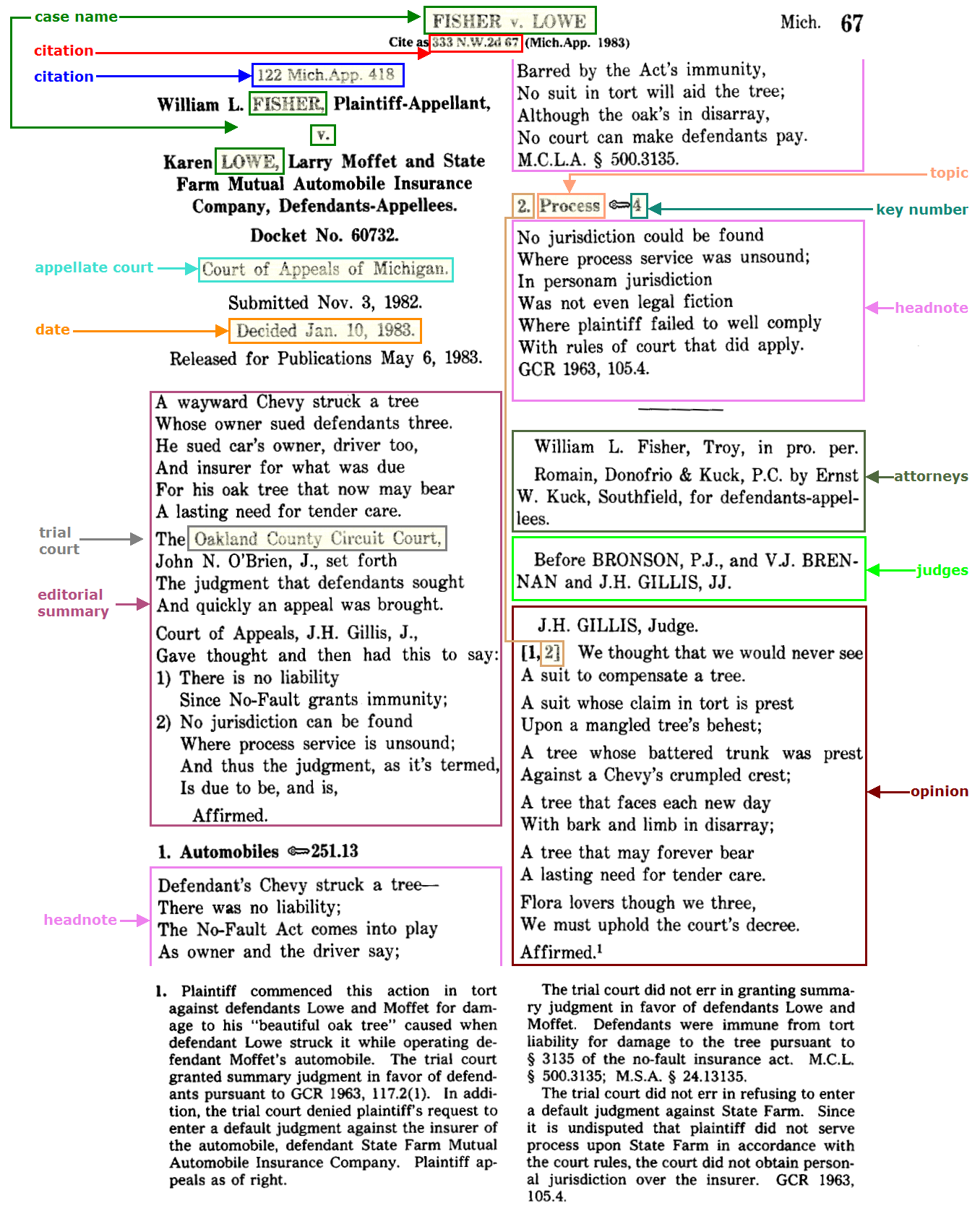 4. The appellate court that issued the opinion on appeal was the Court of Appeals of Michigan. It affirmed the trial court's decision below.

6. The trial court that originally decided the case in favor of the defendant was the Oakland County Circuit Court.

7. The editorial summary appears before the headnotes. It is authored by editors who work for the publisher West.

8. There are two headnotes (representing key points of law) included by West as editorial enhancements to the official opinion.

9. The number 2 in front of headnote number 2 represents the place in the opinion where that issue (Process, In General) was discussed.

10. The topic assigned to headnote number 2 is Process.

13. The attorney representing defendants-appellees on the appeal was Ernst W. Kuck of Romain, Donofrio & Kuck, P.C.

14. A three-judge panel decided the case: Judges Bronson, Brennan and Gillis. J.H. Gillis is the judge who delivered the opinion.

15. The opinion of the court begins with the judge's name (J.H. GILLIS, Judge).

16. There were no concurring or dissenting opinions. If there were any, they would appear after the opinion of the court.