This version of the restatement is widely recognized source of customary international law from the perspective of the United States.

The main website for the U.S. Dept. of State is chock full of information regarding U.S. foreign policy and practice. The site can be browsed by countries, regions, topics, or sub-agencies. There is also a search box in the top-right corner that allows for basic keyword searching of the whole site. 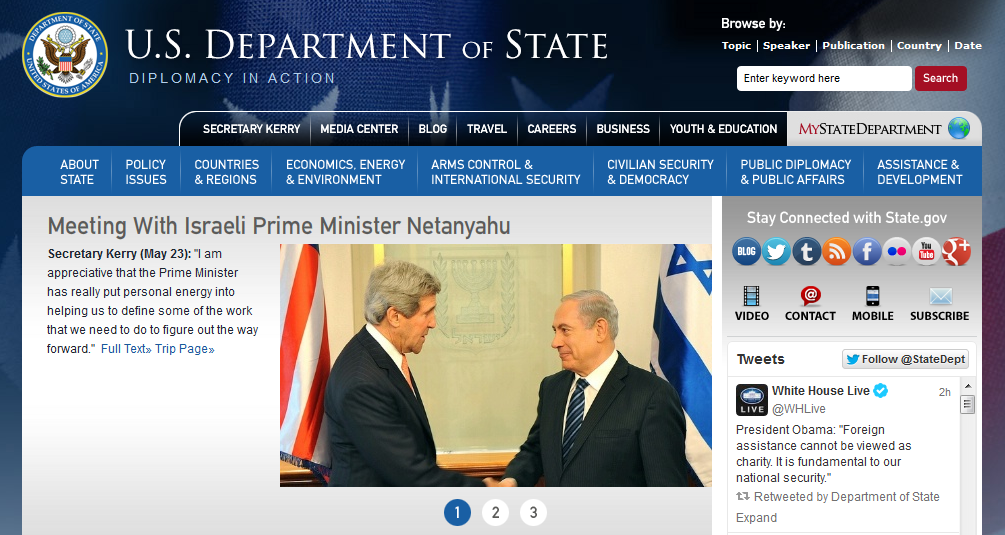 Digest of United States Practice in International Law by U.S. Dept. of State: Online and KZ21.R68

This annual digest is issued by the Department of State to outline U.S. practices and understandings regarding international law. It is available in print at the library dating back to 1974 and online dating back to 1989.